Lecture by Prof. Milivoj Boranić: “50 Years of Scientific Work and 75 Years of Life”

The distinguished scientist Prof. Dr. Milivoj Boranić will present a lecture on Thursday, November 24, at 2 p.m., in the Auditorium of Wing III of the RBI, entitled “50 Years of Scientific Work and 75 Years of Life”. 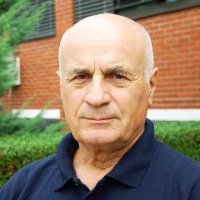 In the introductory section, Prof. Boranić will present essential biographical information and a description of his scientific activity, including important achievements in major areas of interest in biomedical science—transplantation immunology, experimental hematology and oncology, neuroimmunology, tissue engineering and practical extensions of his activities through collaboration with clinical institutions.

Prof.  Boranić will also present basic bibliometric data on his published scientific and professional papers, translations and textbooks, in addition to his contribution to the organization of biomedical activities at the Institute as well as to the Institute as a whole, including his role in the modernization and construction of the institutional infrastructure. He will speak about his participation in the Homeland War and, in conclusion, present his scientific and professional work following his retirement.

Prof. Boranić spent most of his career (1961–2001) at the Institute. After his retirement, he continued his scientific and professional activity at the medical schools inOsijekand Mostar. He has published 198 scientific papers and participated as a co-author in ten books and one monograph. He has been the leader of 14 domestic and 6 international scientific research projects. Prof. Boranić is the recipient of numerous awards, including the Award of the City of Zagreb (1973), the Order of Merit to the Nation (1974), the Order of the Golden Wreath (1987), the Republican Prize for Significant Scientific Activity (1986), the Order of Danica Hrvatska with the portrait of Ruđer Bošković (1998), the Republican Lifetime Achievement Award (2005) and honorary membership in the Croatian Medical Association (2004). He participated in the Homeland War as a volunteer from 1991 to 1992 and is a recipient of a medal commemorating of his participation.