Professor Branimir I. Šikić, MD, Co-Director of the Stanford Centre for Clinical and Translational Education and Research at the Stanford University and professor of Medicine in the Division of Oncology at Stanford University School of Medicine, will be visiting the Ruđer Bošković Institute on Tuesday, 10 November 2009. On this occasion he will give talk on Predictive Biomarkers for Cancer Therapy: Steps towards Personalized Medicine.

Professor Šikić is an outstanding world oncologist and a leader in the pharmacology of anticancer drugs and the development of new cancer therapies. His research spans the spectrum from molecular and genetic approaches in cancer cells to clinical trials in cancer patients. Dr. Šikić’s laboratory seeks to understand mechanisms of drug resistance in cancer cells and to develop more effective therapies. He has made major scientific and clinical contributions to understanding the problem of multidrug resistance in cancer cells. Current research ranges from molecular and genetic studies of drug resistance in cellular models to Phase I and II clinical trials of new anticancer drugs, including multikinase inhibitors, pro-apoptotic drugs, and novel combinations of targeted drugs with standard chemotherapies.

Dr. Šikić has authored more than 225 publications, edited two books, and holds a patent on a P-glycoprotein multidrug transporter. He has served on several advisory committees of the National Institutes of Health, including as chairman of the Experimental Therapeutics I Study Section. In 2005-6 he chaired the Scientific Program Committee for the American Society of Clinical Oncology (ASCO), and in 2008-9 is co-chair of the Program Committee of the American Association for Cancer Research (AACR).

Professor Šikić has been on the Stanford faculty since 1979, and since 1993 has served as the Director of the General Clinical Research Centre. In 1998, he founded the Clinical Trials Office of the Stanford Cancer Centre, and served as its director until 2004. In 2009 he was appointed Associate Director of the Cancer Centre at Stanford. He received his undergraduate education at Georgetown University, and an M. D. from the University of Chicago. He returned to Georgetown for his residency in internal medicine, and received a research fellowship in cancer pharmacology at the National Cancer Institute.

The lecture by professor Šikić is the fourth of the Distinguished scientists at RBI series, organized under the auspices of RBI Director. This series of lectures once a month gathers RBI scientists as well as other members of the Croatian scientific community and provides them with the opportunity to meet with the leading national and world experts. 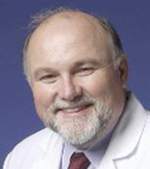