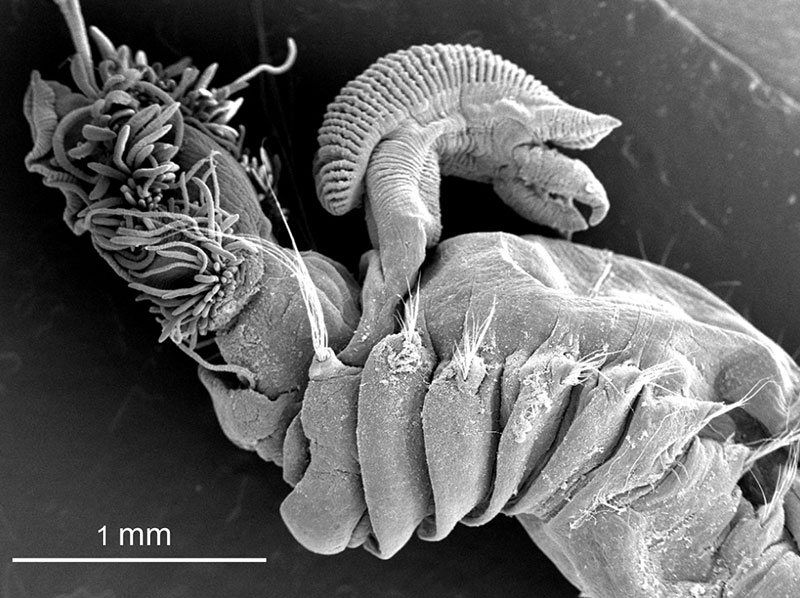 In a recently completed study conducted in the northern Adriatic, RBI scientist Barbara Mikac form the Centre for Marine Research has discovered a new type of polychaete Terebellides Mediterranea in collaboration with researchers from Spain and Germany, discovered.

All over the world, including the Mediterranean, many specimens of the genus Terebellides were repeatedly determined as T. stroemii, the species that was considered to be cosmopolitan. A new discovery in the Adriatic Sea, confirmed, together with number of studies conducted in the other parts of the world, that diversity of the genus is much higher that it was previously taught to be and that T. stroemii is not a true cosmopolitan taxon.

Polychaetes are mostly marine invertebrates widely distributed in all marine habitats - from the intertidal zone to the deepest sediments. They are among the most diverse invertebrates in the Adriatic Sea and often, considering their abundance and species richness, represent the dominant group of organisms in the sea bottom communities, contributing considerably their productivity. They also have important roles in the food chain in the sea. Due to their dense populations polychaetes greatly influence sediment characteristics. Bioturbation caused by these worm-like animals influences the particles transport and organic matter disposition in the sediment and stimulates metabolism of the whole community enhancing oxygen and carbon dioxide flow, sediment aeration and elimination of metabolites. Among the polychaetes there are both tolerant and sensitive species thus they are frequently used as indicators of different environmental conditions.

Due to all above mentioned polychaetes are considered as well-suited group for describing diversity, state and dynamics of benthic communities, hereby the research of these invertebrates is of high importance both for basic science and in applied environmental studies.

Barbara Mikac is currently on post-doctoral specialization in Italy (Palermo) at Consiglio Nazionale delle Ricerche - Istituto per l'Ambiente Marino Costiero, from May 2012 to October 2013. Beside the recently discovered Terebellides mediterranea, she described several others polychaete species from the Adriatic Sea, new to science: Erseia oligochaeta Nygren, Sundkvist, Mikac & Pleijel, 2010; Amphicorina rovignensis Mikac, Giangrande & Licciano, 2013; Megalomma pseudogesae Mikac, Giangrande & Licciano, 2013. Alongside the other research in the Laboratory for Ecology and Systematics, in the last few years she was compiling and writing the checklist of the polychaetes of the Adriatic Sea, paper that is currently under the publication process.