The largest array of Cherenkov gamma-telescopes in the world, worth up to 300 million euros, which will try to spot very-high-energy particles streaming from some of the Universe’s most cataclysmic events, now has two homes. This is the news released by the Resource Bord of the Cherenkov Telescope Array (CTA), an international collaboration gathering more than 1,000 scientists from 31 countries,including Croatian scientists from the University of Split, University of Rijeka and the Ruđer Bošković Institute (RBI). 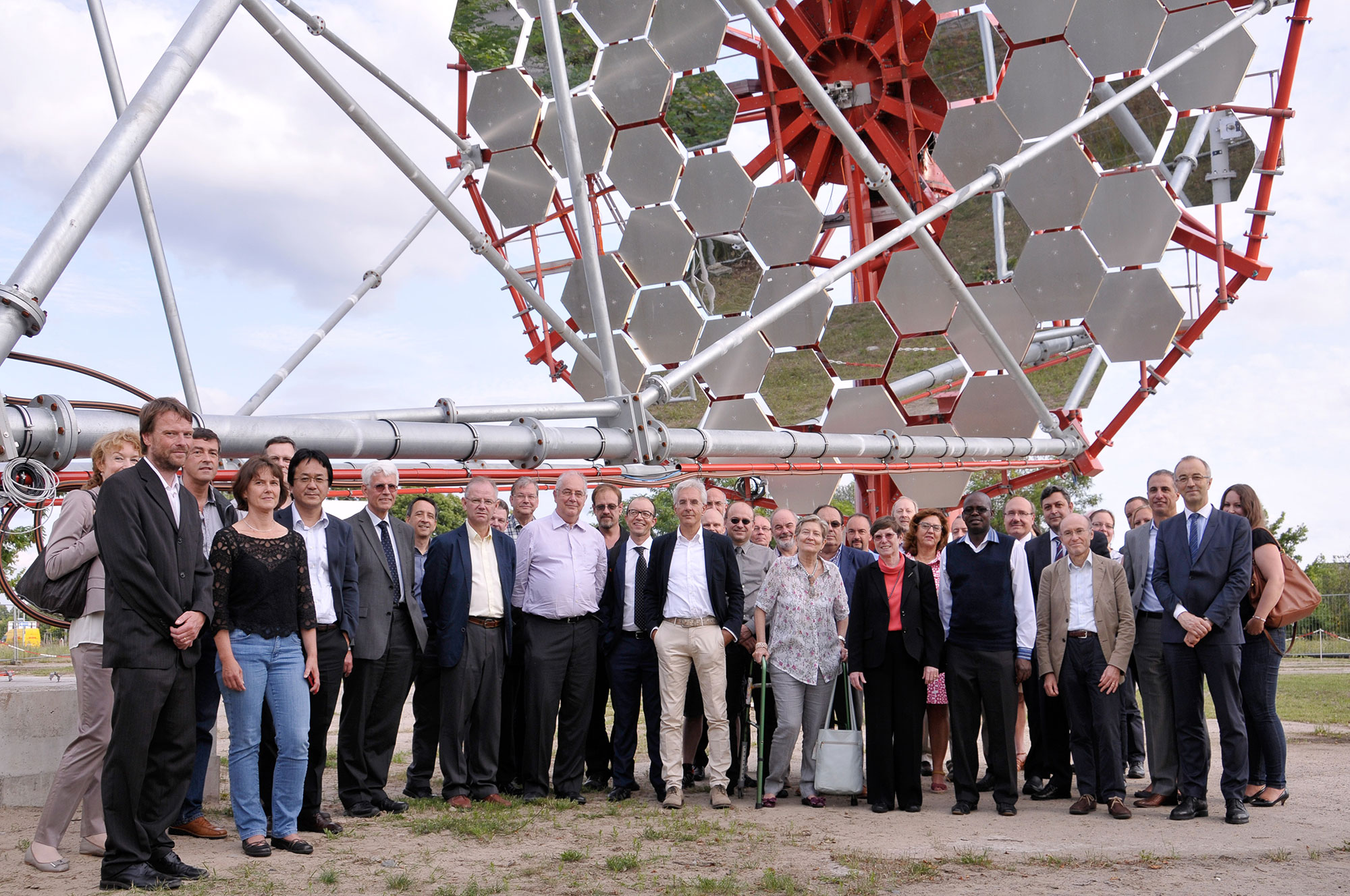 The Cherenkov Telescope Array will consist of around 100 dishes in Paranal, Chile, on the grounds of the European Southern Observatory, and around 20 more in La Palma, Spain at the Roque de los Muchachos Observatory. Arrays in both the Northern and Southern hemispheres will provide good coverage of the sky, according to a 16 July press release announcing the decision by the CTA's governing board.

"All sites considered in this final round were of high quality, and the enthusiasm and strong support of CTA by the site proponents made this a very difficult decision for the Resource Board,” said CTA Spokesperson Werner Hofmann. “This decision is an important step towards realization of CTA,” said Chair of the CTA Resource Board Beatrix Vierkorn-Rudolph. Vice-Chair Giampaolo Vettolani added, “We hope our supporters and scientists from Namibia and Mexico will continue to contribute scientifically and technically to CTA, driven by the common interest to build the best possible instrument for the entire community."

In order to optimize the coverage of the night sky, the CTA Observatory will consist of about 100 telescopes on the southern site and about 20 telescopes on the northern site. "This is a significant step towards realizing CTA as the most advanced instrument on the planet for very high-energy gamma-ray astronomy and towards making CTA's full power available to the science community early in the next decade," said CTA Co-Spokesperson Rene Ong.

The southern site is less than 10 km southeast of ESO’s existing Paranal Observatory in the Atacama Desert, which is considered one of the driest and most isolated regions on earth –an astronomical paradise. In addition to the ideal conditions for year-round observation, collaboration with ESO offers CTA the opportunity to take advantage of existing infrastructure (roads, accommodation, water, electricity, etc.) and access to established facilities and processes for the construction and operation of the observatory.

The northern site is located on the existing site of the Instituto Astrofisica de Canarias Observatorio del Roque de los Muchachos on the island of La Palma, the fifth largest island in the Canary Islands. At 2,200 m altitude and nestled on a plateau below the rim of an extinct volcanic crater, the site currently hosts the two Major Atmospheric Gamma Imaging Cherenkov Telescopes (MAGIC) telescopes. This location offers an ideal atmosphere that is mostly free and clear of pollution and turbulence for year-round observation.

Currently in its pre-construction phase, determining the array sites is a critical factor in the CTA construction project. “The selection of array sites is crucial to the progress of CTA and has many implications for the project plans and designs,” said CTA Project Manager Christopher Townsley.