The 5th SEE-GRID - SCI PSC Meeting on Grid computing and Virtual organizations will be held on September 8 – 12, 2009 in Dubrovnik. The Meeting is organized by the Centre for Informatics and Computing from the Ruđer Bošković Institute. The aim of this PSC Meeting is to analyze the project results, present the results of the established infrastructure and developed applications as well as to introduce the participants with the work of Virtual organizations (VO) for meteorology, seismology and environmental protection.

The Dubrovnik Meeting is designed for scientists and all those to whom this technology will facilitate future work and ensure inclusion in the modern scientific world and European trends. The meeting participants will have the opportunity to examine the situation on the project, exchange their experience and actively participate in discussions about the possibilities of the developed Grid infrastructure and Virtual organizations, their application in the scientific research for solving data-intensive and structurally complex problems.

The 5th SEE-GRID - SCI PSC Meeting is a successful continuation of SEE-GRID-SCI(SEE-GRID eInfrastructure for regional eScience) project launched in 2004 within the Sixth Framework Program for Research and Technological Development (FP6), which later continued through the FP7 program. The core objective of SEE-GRID-SCI project is to involve three strategic international scientific communities - Virtual Organisations (seismology, meteorology, environmental protection), thus further stimulate the use and expansion of the existing regional e-Infrastructure and its services; capitalize on the existing human network to further strengthen scientific collaboration and cooperation among participating SEE communities in the area of e-Infrastructures. These aims together with a set of coordinated actions designed for strengthening the National Grid Infrastructures will ensure the countries involved to join the long-term, sustainable European Initiatives as full-fledged peers.

The SCI-SEE-GRID project includes 15 partners, among which European Organization for Nuclear Research - CERN, and several Universities in the SEE countries. Besides the RBI, the SEE GRID SCI project involves Faculty of Science and Faculty of Graphic Art from the University of Zagreb in Croatia. 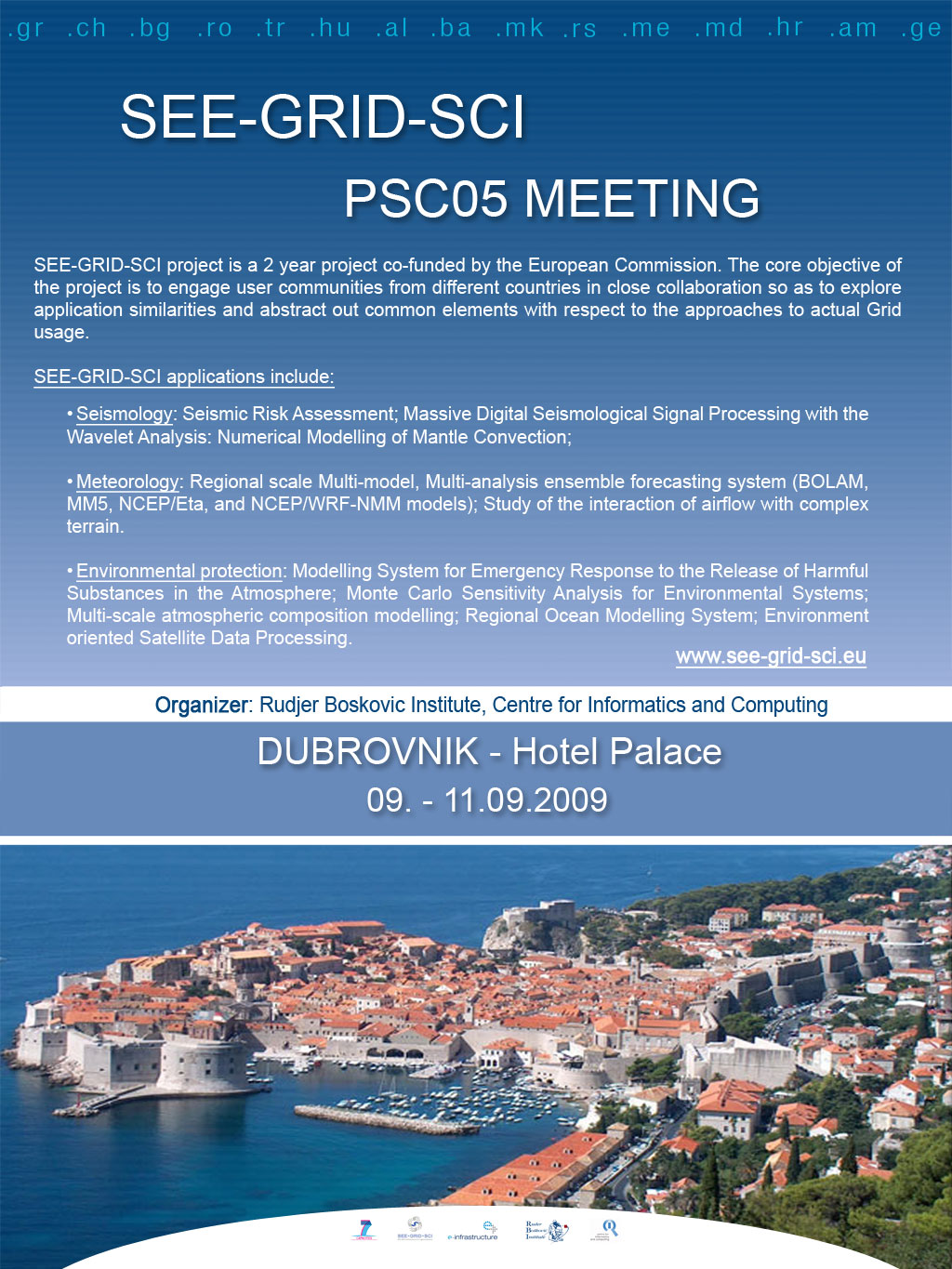