The 6th Scientific Meeting of the Croatian Physical Society

The Sixth Scientific Meeting of the Croatian Physical Society to be held in Primošten on October 8 - 11, 2009 will gather more than 250 Croatian scientists from the country and abroad, involved in physics research and applied physics. The objective is to promote the advancement and dissemination of knowledge in all areas of physics research and to enable graduate students, postdoctoral researchers, university faculty, and researchers across government and industry to share their latest developments and project result in the field.

Besides interesting lectures and insightful posters presentations on key topics, this year`s program will include three round table discussions on: The talent drain - where and why do women flee from physics, Financing of Science in Croatia and the EU projects in Croatia. The special guests of the round table discussion will be RBI Director General Danica Ramljak, D.V.M, PhD, Prof. Miroslav Požek, PhD, from the Faculty of Natural Sciences and Mathematics in Zagreb and RBI scientist Stjepko Fazinić, PhD, from the Division of Experimental Physics.

This year for the first time Croatian Physical Society will host a special guest speaker Kaname Ikeda, PhD, the Director General of ITER Organization and former Japanese Ambassador to Croatia who will give talk on the current status of the ITER project (International Thermonuclear Experimental Reactor). ITER is a large-scale scientific experiment intended to prove the viability of fusion as an energy source, and to collect the data necessary for the design and subsequent operation of the first electricity-producing fusion power plant. It was launched at the Geneva Superpower Summit in November 1985 with an aim to develop a new, cleaner, sustainable source of energy. The initial signatories were the former Soviet Union, the USA, the European Union (via EURATOM) and Japan, which were joined by the People's Republic of China and the Republic of Korea in 2003, and India in 2005. Together, these seven nations represent over half of the world's population. In ITER, the world has now joined forces to establish one of the largest and most ambitious international science projects ever conducted.

The Sixth Scientific Meeting of the Croatian Physical Society is a follow-up of the traditional meetings of the Croatian Physical Society which are held every two years with an aim to gather at one place entire physics population active in theoretical and experimental research as well as representatives of industry. This year`s meeting is jointly organized by the Ruđer Bošković Institute, Faculty of Natural Sciences and Mathematics in Zagreb, the Institute of Physics, University of Rijeka, University of Osijek and Faculty of Natural Sciences and Mathematics in Split, and with the support of the Ministry of Science, Education and Sports and Croatian Academy of Sciences and Arts. 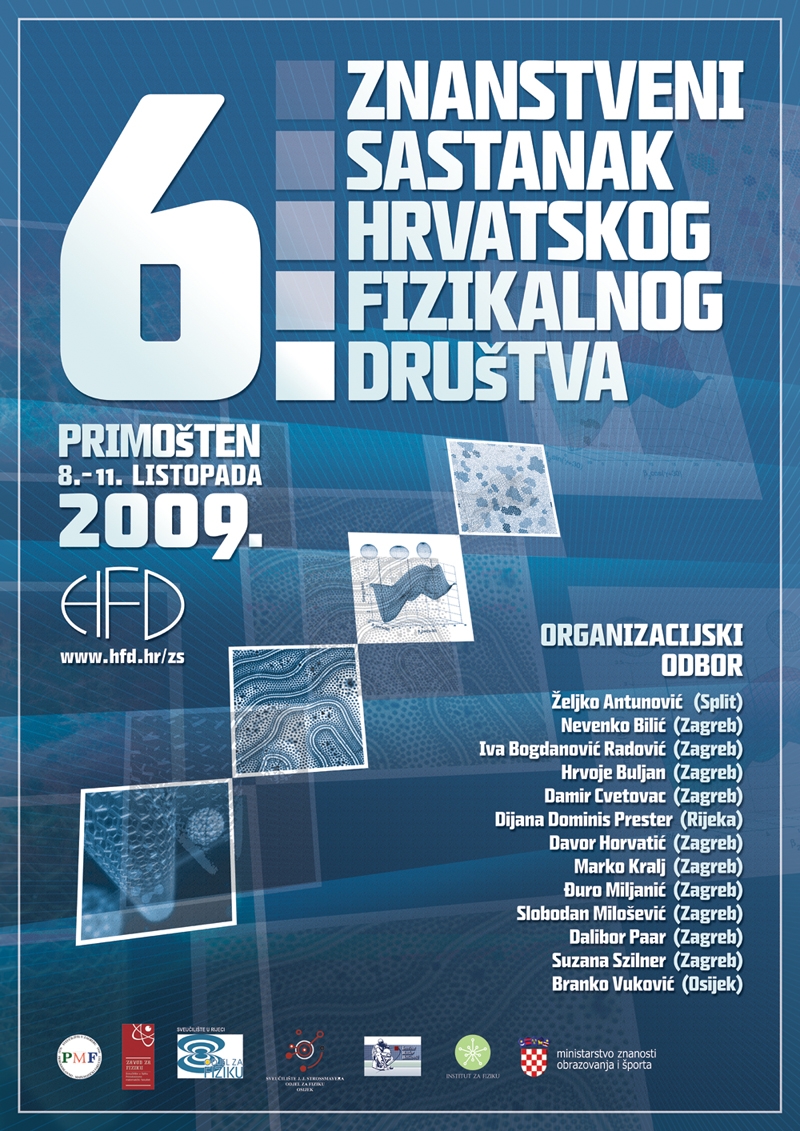