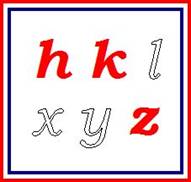 Croatia submitted its bid to host ECM29 at the invitation of the European Crystallographic Association. Its candidacy was presented in Madrid by Aleksandar Višnjevac, Ph.D., a senior research associate at the RBI. The honor of organizing this important meeting, to be attended by over 1,000 experts in the field of crystallography from Europe and Africa, was awarded to the Croatian Crystallographic Association (HKZ). The meeting will be held from August 23 to 28, 2015, in Rovinj.

The meeting will be presided over by Marija Luić, Ph.D., a research associate at the RBI. Dr. Višnjevac has been chosen as the chairman of the Candidacy Committee. RBI scientists Ana Šantić, Ph.D., and Jasminka Popović, Ph.D., have been respectively appointed as the secretary and treasurer of the Organizing Committee.

This is great recognition for the Croatian Crystallographic Association, which, despite its small membership, through dedicated efforts in the development and promotion of crystallography, together with significant scientific achievements, has earned the confidence of its European colleagues. Further information is available on the website of the Croatian Academy of Sciences and Arts.