Through the application of an innovative approach based upon the analysis of municipal wastewater, for the first time a direct comparison has been made of drug consumption in 19 European cities. The Norwegian Institute for Water Research (NIVA) of Oslo and the Mario Negri Institute of Milan were the initiators of this study, in which 13 other scientific institutions from 11 European countries in addition to the Ruđer Bošković Institute participated. 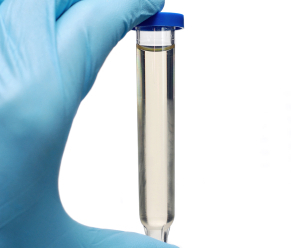 he study included analysis of the selected urinary biomarkers of cocaine, amphetamines, ecstasy, methamphetamines and marijuana in untreated municipal wastewaters, with the calculation of their daily input into the sewer system for seven consecutive days. A coordinated methodology for sampling, analyzing and processing the results facilitated the direct comparison of cities of different sizes, such as, for example, Zagreb, Barcelona and London.

The results of this study were published today in the distinguished journal Science of the Total Environment.

We present some of the most significant results, with reference to the situation in Zagreb.

Conventional methods already used as the basis for the adoption of national policies on the prevention of drug use include information on drug seizures, the number of addicts treated and national surveys about habits in drug consumption. Unlike data obtained from surveys, which depend on the subjectivity of the respondents, wastewater measurements provide objective, directly comparable chemical measurements. Therefore, the initiation of regular monitoring of drug concentrations in wastewater at the national and European levels would have exceptional importance for the timely detection of eventual changes in drug abuse trends in real time. Such an approach would create an additional basis for adopting preventive plans and monitoring the effectiveness of existing preventive or repressive measures related to this issue.