The three-day event dedicated to Tesla's birth will begin July 9 with the Conference "Tesla in Zagreb" on the theme of "160 years from the birth of Nikola Tesla". Continues July 10, with the traditional laying of the wreath at a monument to Tesla's where a special program will be held and a festive celebration and annual award Nikola Tesla - Genius for the Future at the Hotel Esplanade in Zagreb. On the third day of the event on July 11 at the Museum "Nikola Tesla" a talk about Nikola Tesla with demonstrations will be held by senior museum curator Renato Filipin.

All events, except for festive celebrations and annual award at the Hotel Esplanade, are open and free for visitors.

Head of the program: Ljiljana Vinković

Andrea Doko Jelusic, executive director of the American Chamber of Commerce in Croatia
Mirela Holy, honorary member of the Association of Nikola Tesla - Genius for the Future and former Croatian Parliament MP
Ph.D. Ivo Josipovic, a former president of the Croatian representative of the Ministry of Science, Education and Sports
Milan Bandic, mayor of Zagreb
Representative of the President of the Croatian Parliament Reiner

20:10 Round Table: 160th anniversary of the birth of Nikola Tesla 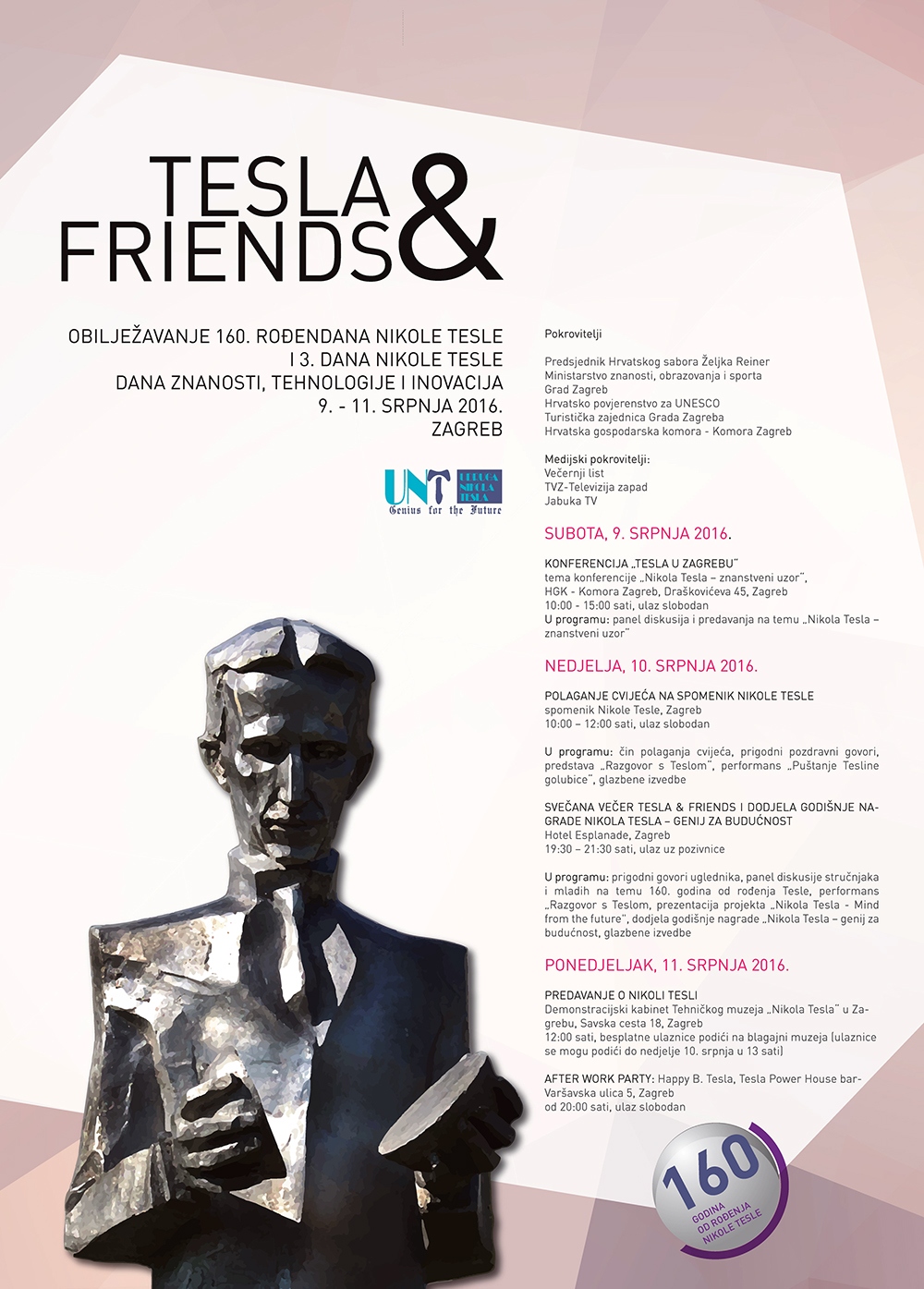