Placing of the wreath with regard to marking of 160th birthday of Nikola Tesla on Ruđer monument, 10.07.2016, Zagreb

The three-day event dedicated to Tesla's birth will begin July 9 with the Conference "Tesla in Zagreb" on the theme of "160 years from the birth of Nikola Tesla". Continues July 10, with the traditional laying of the wreath at the Tesla monument where a special program will be held and a festive celebration and annual award Nikola Tesla - Genius for the Future at the Hotel Esplanade in Zagreb. On the third day of the event on July 11 at the Museum "Nikola Tesla" talk about Nikola Tesla with demonstrations will be held by senior museum curator Renato Filipin.

All events, except for festive celebrations and annual award at the Hotel Esplanade, open and free for visitors.

Placing of the wreath with regard to marking of 160th birthday of Nikola Tesla on Ruđer monument, 10.07.2016, Zagreb 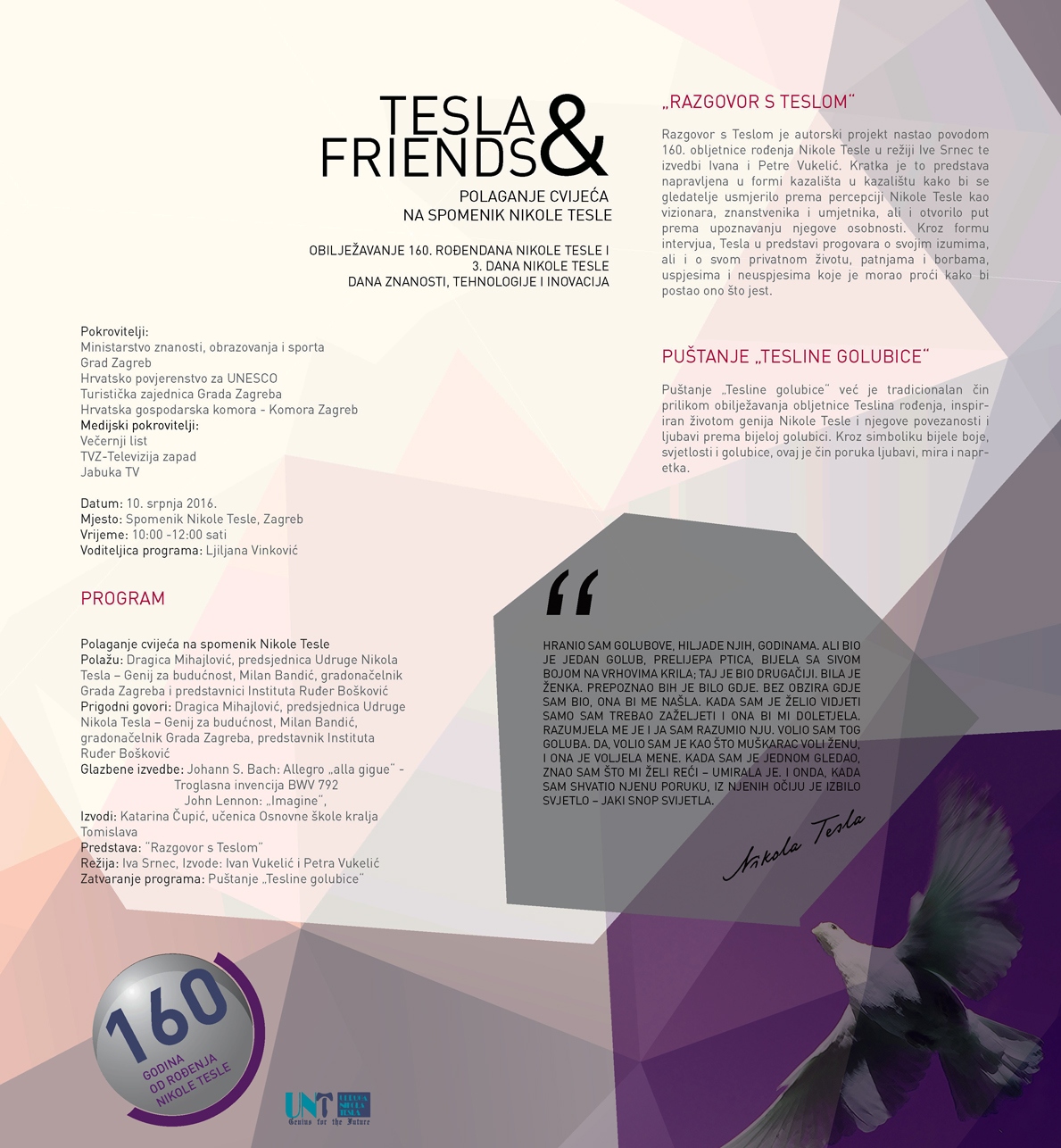