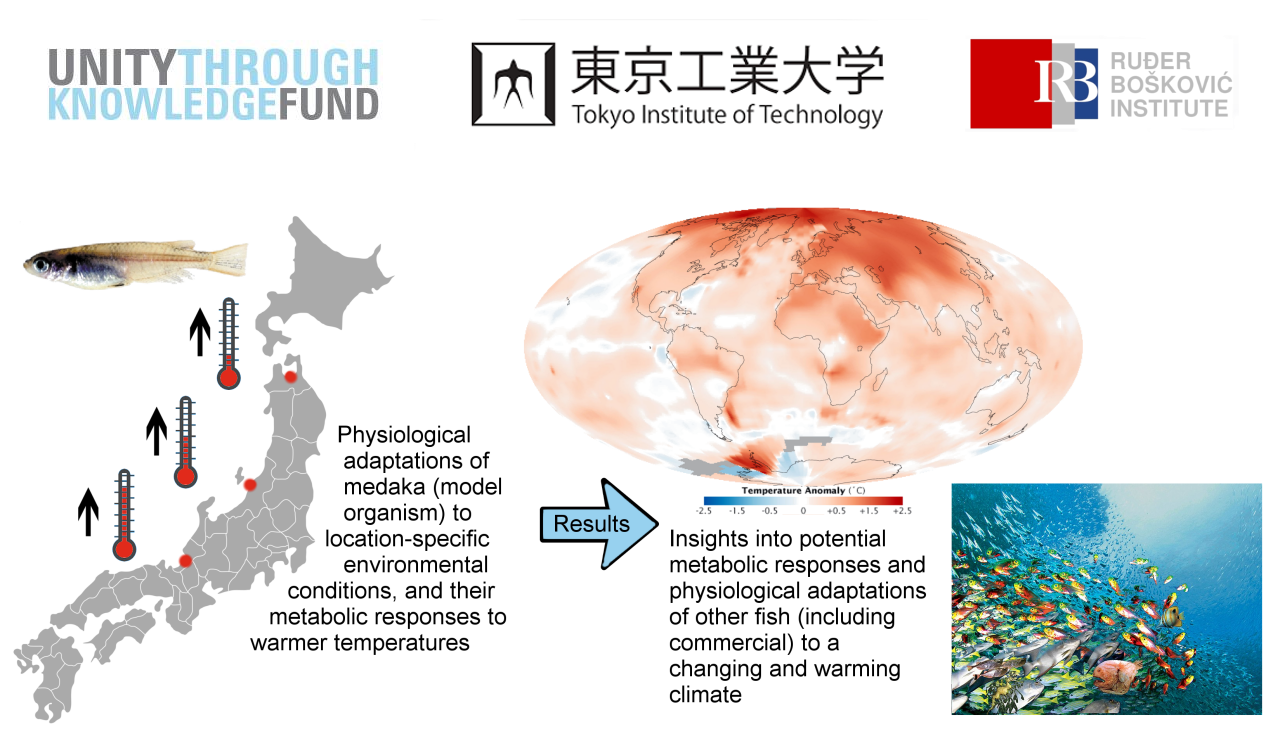 Adaptations to the ongoing climate change shape geographic and size distributions of fish, possibly driving some species or populations to extinction. This could endanger fisheries and aquaculture as major sources of dietary protein. How fish adapt to a changing climate is therefore critical to scientists and industry, and with extreme climate becoming more common, fast action is needed.

Successful physiological adaptations require metabolism to change with environmental conditions. Researching such adaptations experimentally poses practical, ethical, and financial constraints, and requires time to assemble large datasets. Mathematical modelling alleviates the need for long-term observations by using the general principles of physiological energetics and limited data to predict fish ontogenetic development. However, even limited data requirements are relatively high, and often unsatisfiable for longer-lived species. The only viable alternative is to turn to shorter-lived and fast-growing model organisms and subsequently extrapolate the results to longer-lived species.

Medaka are short-lived and fast-growing fish native to Japanese rice fields, and owing to exceptional resilience, are among the most used model organisms in science. Medaka’s range extends over 2500 km from north to south, meaning that various medaka populations have adapted to very different temperature conditions. All this makes medaka an ideal model organism for studying metabolic adaptations in the context of temperature acclimatization.

This project will analyse state-of-the-art data on three geographically distant medaka populations to unravel the said metabolic adaptations. Coupling the results with population dynamics will further reveal the consequences of such adaptations to whole populations. Particularly important will be implications for aquaculture production aimed at avoiding production losses in the face of a changing climate. The project should therefore be timely and relevant for Croatia as a major aquaculture producer, as well as a country where climate-change-driven temperature increases have already surpassed the 2-degree limit of the Paris Accord.