Thanks to the joint efforts of scientists from the Division for Marine and Environmental Research of the Ruđer Bošković Institute (RBI) and their colleagues from the Association of Šibenik Meteo (ŠM), the public is able to enjoy the first live undersea shots taken by the web camera, installed in the waters of Martinska near Šibenik at a depth of 5m. The project was financially supported by the Tourist Board of Šibenik. 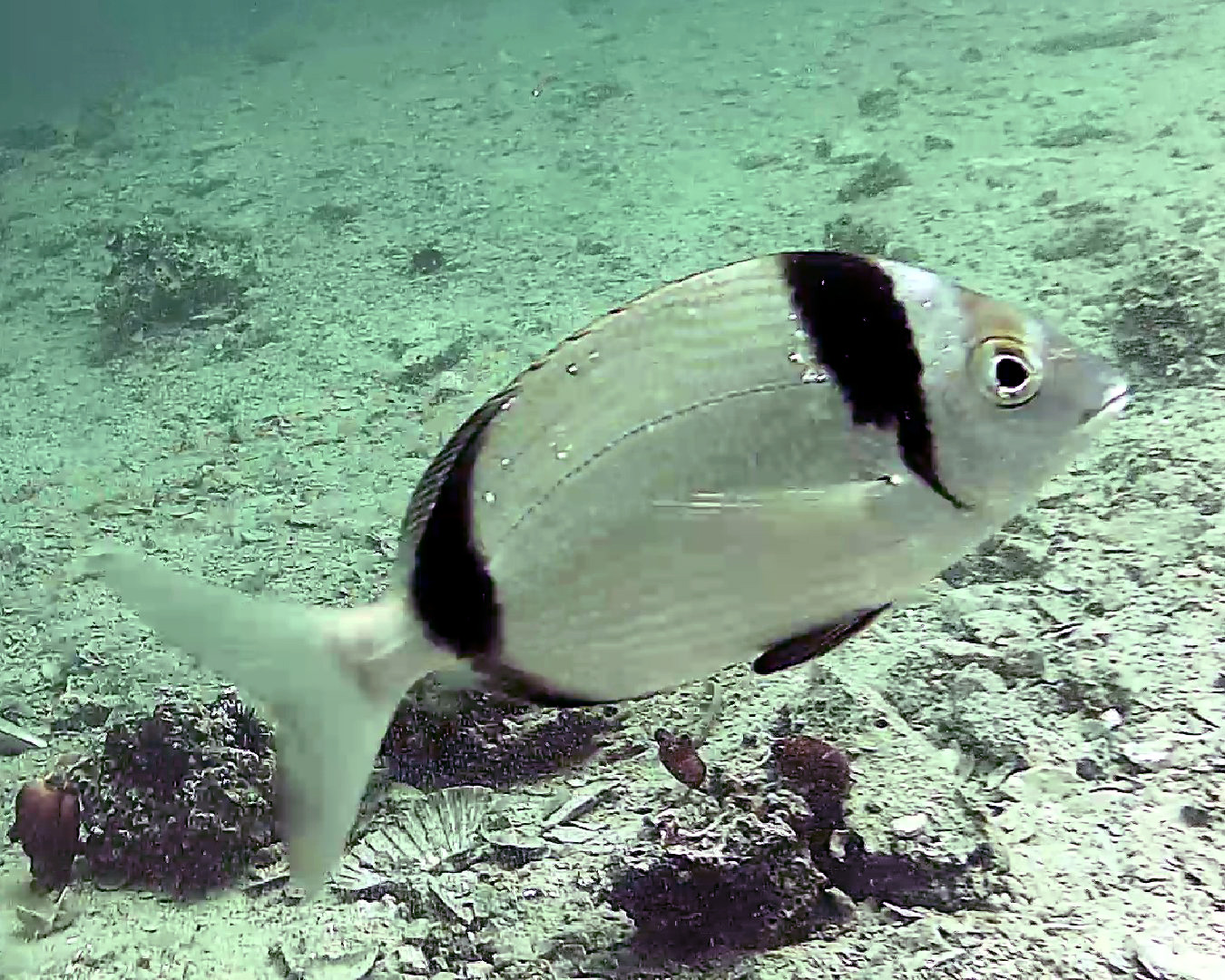 The team initiated first plans for the project last year, however, due to insufficient financial resources it was postponed for this year. Almost 180 meters of various, protection and isolation cables were spent for the realization of this project. The whole system was designed and implemented by Marin Brajković and Darko Begić from Šibenik Meteo Association, and dr. Neven Cukrov from RBI.

This underwater system is equipped with a reflector which illuminates the seabed daily from 20hrs to 23hrs during summer periods, and these time frames sholud adjust according to changes in the length of day and night throughout the year.

Estuaries are known in many parts of the world as breeding and nursery grounds for a wide variety of fish. Despite changes in salinity, many species of fish have found estuaries to be highly eligible areas in which to spawn, develop, and grow during early life. Krka River estuary is well known spawning area for many fish species, and now we are able to see some of them live thanks to the undersea web cam.

This project will not only allow the public to enjoy the beauties of the Martinska sea life, but also enable scientists to use visuals and data collected by an underwater camera, the meteorological station, as well as panoramic camera to monitor the life of this part of the seabed.

Namely, thanks to its central position on the Croatian Adriatic Sea, as well as due to the concentrated connections of water sections of either fresh, brackish or saline water, the Šibenik area is extremely suitable for aquaculture development and scientific research.

This area has been the subject of study for many years. Thus, RBI opened the first laboratory in Martinska in 1980 with the aim to study the fundamental processes and human impact on the natural characteristics of the water, sustainable development of aquaculture and tourism as well as for training of young scientists.

Dr. Neven Cukrov from the RBI Division for Marine and Environmental Research explained that this joint venture by Šibenik Meteo Association and the RBI is one of the projects that will contribute to the positioning of the Martinska Marine Station as an important marine observatory. Moreover, he was more than satisfied that the scientific community has already expressed interest in the collected data.