Six years after its discovery of the Higgs boson, the researchers at CERN, the European Organization for Nuclear Research, have finally witnessed how it decays to fundamental particles known as bottom quarks. The finding is consistent with the hypothesis that the all-pervading quantum field behind the Higgs boson also gives mass to the bottom quark. This new result relies on the development of new b jet identification algorithms and improved pixel detector performance by an RBI group of scientists from the Laboratory for High Energy Physics. 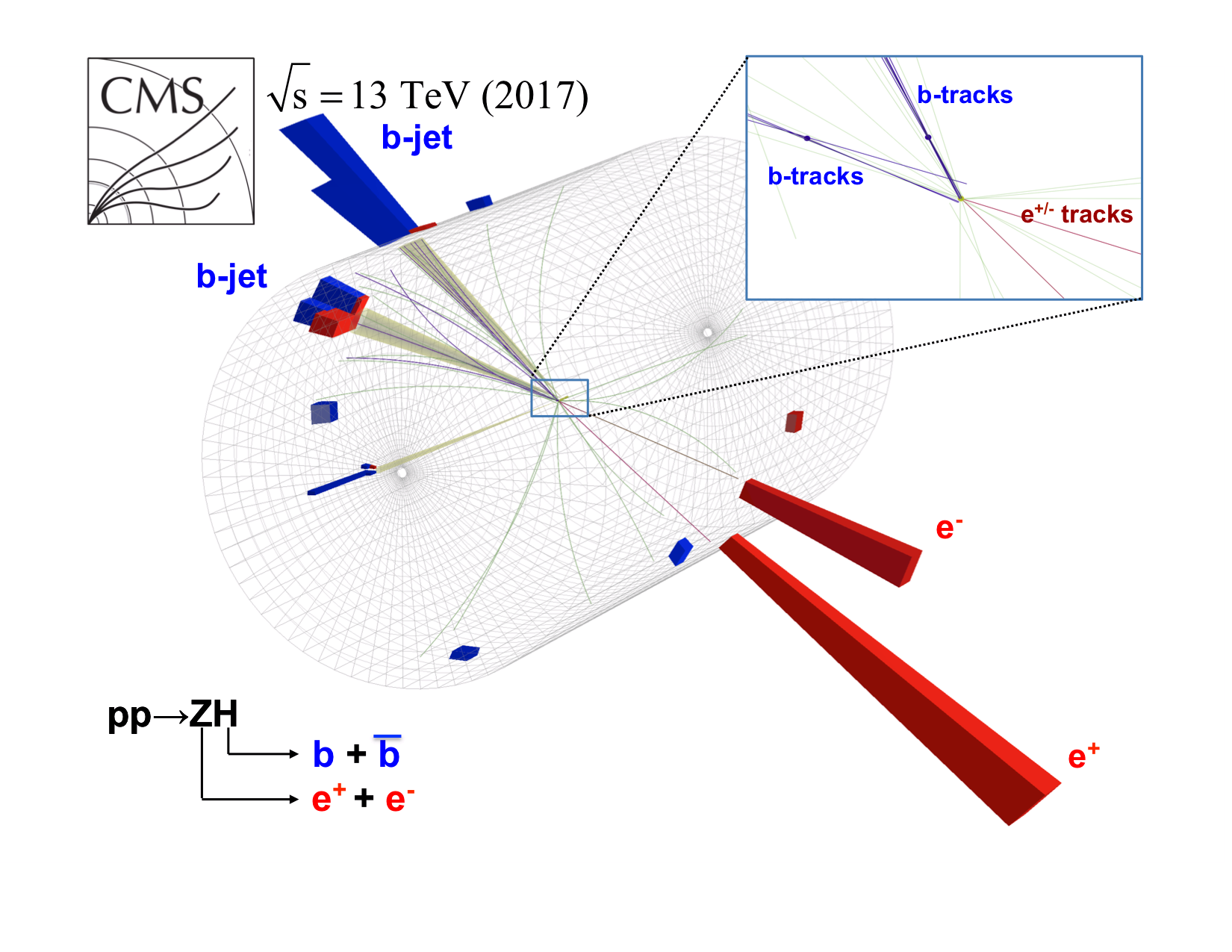 The observations, accepted for publication by Physical Review Letters, are consistent with the Standard Model of particle physics. The findings set another important milestone in the study of Higgs boson and its interaction with the components of the Standard Model. The new measurement essentially relies upon contribution by a group of scientists from the Laboratory for High Energy Physics at the Division of Experimental Physics of the Ruđer Bošković Institute (RBI), which has been actively participating in the work of CMS Collaboration for 15 years.

The Standard Model of particle physics predicts that about 60% of the time a Higgs boson will decay to a pair of bottom quarks, the second-heaviest of the six flavours of quarks. Testing this prediction is crucial because the result would either lend support to the Standard Model – which is built upon the idea that the Higgs field endows quarks and other fundamental particles with mass – or rock its foundations and point to new physics.

Spotting this common Higgs-boson decay channel is anything but easy, as the six-year period since the discovery of the boson has shown. The reason for the difficulty is that there are many other ways of producing bottom quarks in proton–proton collisions. This makes it hard to isolate the Higgs-boson decay signal from the background “noise” associated with such processes. By contrast, the less-common Higgs-boson decay channels that were observed at the time of discovery of the particle, such as the decay to a pair of photons, are much easier to extract from the background.

To extract the signal, the ATLAS and CMS collaborations each combined data from the first and second runs of the LHC, which involved collisions at energies of 7, 8 and 13 TeV. They then applied complex analysis methods to the data. The upshot, for both ATLAS and CMS, was the detection of the decay of the Higgs boson to a pair of bottom quarks with a significance that exceeds 5 standard deviations. Furthermore, both teams measured a rate for the decay that is consistent with the Standard Model prediction, within the current precision of the measurement. 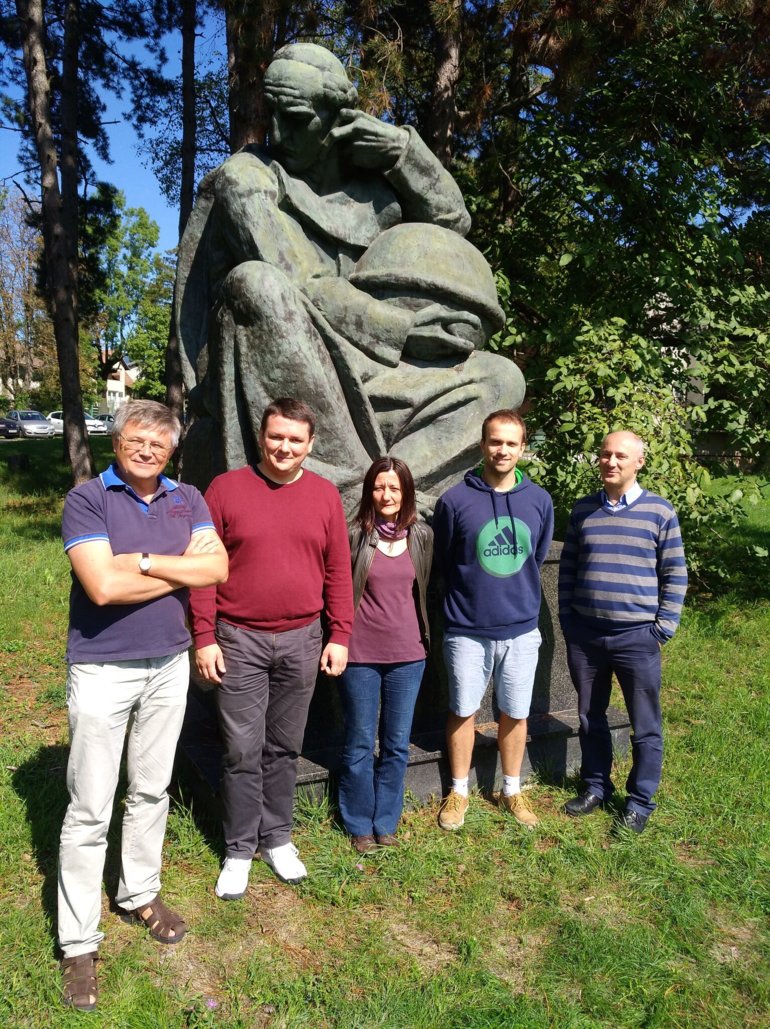 “This observation is a milestone in the exploration of the Higgs boson. It shows that the ATLAS and CMS experiments have achieved deep understanding of their data and a control of backgrounds that surpasses expectations. ATLAS has now observed all couplings of the Higgs boson to the heavy quarks and leptons of the third generation as well as all major production modes,” said Karl Jakobs, spokesperson of the ATLAS collaboration.

“Since the first single-experiment observation of the Higgs boson decay to tau-leptons one year ago, CMS, along with our colleagues in ATLAS, has observed the coupling of the Higgs boson to the heaviest fermions: the tau, the top quark, and now the bottom quark. The superb LHC performance and modern machine-learning techniques allowed us to achieve this result earlier than expected,” said Joel Butler, spokesperson of the CMS collaboration.

A CMS candidate event for the Higgs boson (H) decaying to two bottom quarks (b), in association with a Z boson decaying to an electron (e-) and an antielectron (e+).

With more data, the collaborations will improve the precision of these and other measurements and probe the decay of the Higgs boson into a pair of much-less-massive fermions called muons, always watching for deviations in the data that could point to physics beyond the Standard Model.

“The experiments continue to home in on the Higgs particle, which is often considered a portal to new physics. These beautiful and early achievements also underscore our plans for upgrading the LHC to substantially increase the statistics. The analysis methods have now been shown to reach the precision required for exploration of the full physics landscape, including hopefully new physics that so far hides so subtly,” said CERN Director for Research and Computing Eckhard Elsen.