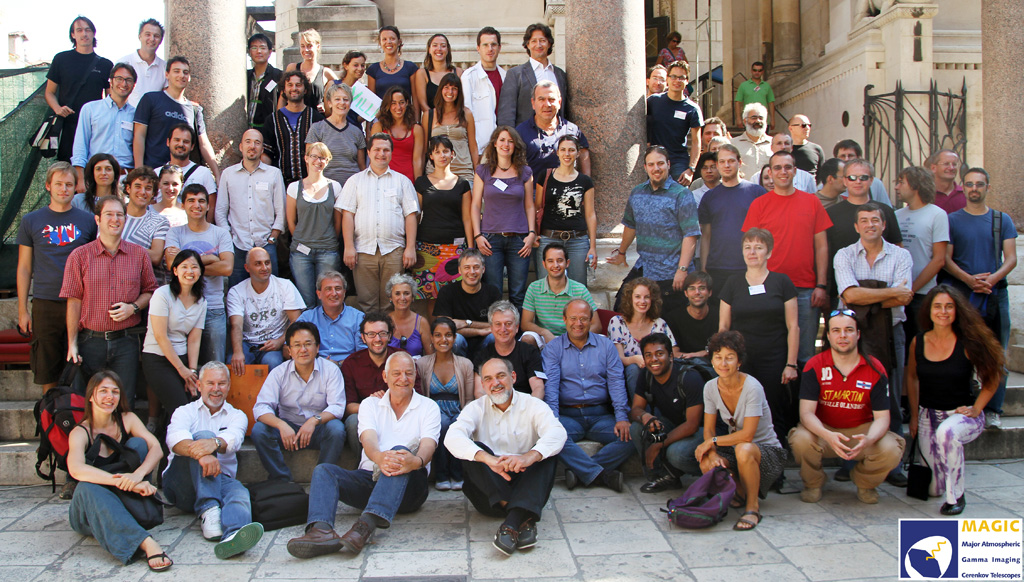 The system of two MAGIC telescopes, each of 17m in diameter, is currently the worldwide largest instrument for measuring very high energy gamma rays from cosmic sources in the energy range 25GeV-50TeV.

MAGIC has been built with the joint efforts of a largely European collaboration that includes about 160 researchers from Germany, Spain, Italy, Switzerland, Poland, Finland, Bulgaria, Croatia and Japan.

MAGIC is operating since 2004 and has discovered the most distant sources of very high energy gamma rays. Also, it has discovered pulsed gamma-ray emission from the Crab pulsar at energies ≥ 25 GeV.