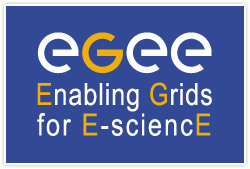 EGEE-II will build on the work of the EGEE project to provide a production quality, seamless Grid infrastructure service across the ERA and across the globe. The EGEE infrastructure benefits academic and industrial researchers in their daily work by simultaneously supporting many applications from diverse domains. EGEE-II will spread knowledge about the Grid and its benefits to researchers and students in High Energy Physics, Biomedicine, Earth Sciences, Astrophysics, Computational Chemistry, Fusion and other fields, through dedicated support teams and a well-defined training programme, as well as reinforcing links with the full spectrum of interested industrial partners.EGEE-II will manage, extend and consolidate the infrastructure, to link national, regional and thematic Grid efforts and provide interoperability with other Grids, establishing a worldwide Grid infrastructure. Built on the pan-European research network GEANT2, the EGEE Grid provides researchers with round-the-clock access to a common pool of major storage, compute and networking facilities, independent of geographic location. The resulting high capacity infrastructure greatly surpasses the capabilities of local clusters and individual centres, providing a unique tool for collaborative compute-intensive science (e-Science).User specific services from other projects and sources will be integrated in EGEE-II's existing open source middleware to further increase the functionality, security and ease-of-use. As the European flagship RI Grid project, EGEE-II will have a structuring effect through its role as a coordination body for related Grid projects, reducing the digital divide across European states and actively participating in developing Grid standards. EGEE-II will pave the way for a long-term sustainable Grid infrastructure to ensure the resources and knowledge developed during EGEE and EGEE-II are available to researchers in Europe and beyond in years to come.