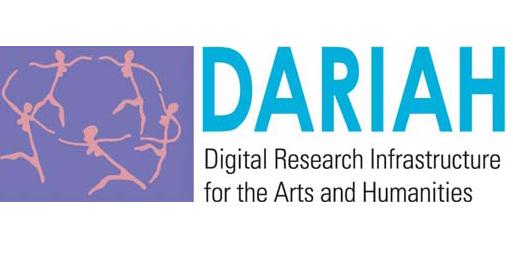 In the Digital Research Infrastructure for the Arts and Humanities (DARIAH) project, a ‘digital workbench’ will be realized for arts and humanities scientists in Europe. Researchers can go to DARIAH to find data and tools, archive their data, exchange information and advice in the field of metadata and digitalizing.

The European Strategy Forum for Research Infrastructures (ESFRI) has emphasised the importance of DARIAH by including the project in its Roadmap 2006. This also comprises four other important initiatives in the arts and humanities and social studies, including a similar proposal for a data infrastructure for the social sciences (CESSDA Major Upgrade) and language resources (CLARIN).

A request for financing of the preparatory activities was submitted in May 2007 to the European Commission (FP7 – Capacities – Infrastructures). The proposal has been evaluated positively. The two-year preparatory project, entitled ‘Preparing DARIAH’, was officially launched in September 2008. DANS will coordinate the preparatory work. At present there are 14 partners from 10 countries involved in the project. For more information please visit the DARIAH website.
The Preparing DARIAH project was finalized at the end of February 2011. DARIAH is in a transition phase at the moment and the expectation is that the actual construction will start in 2012.