After Brexit, the UK should get status similar to the one already held by Switzerland under EURATOM, while Croatia and Spain have their hands full with preparing project documentation for DONES construction according to the requirements of the European Forum for Strategic Research Infrastructure (ESFRI)

Thanks to the Ruđer Bošković Institute (RBI), Zagreb was the centre of the EU fusion events this week, hosting the top European fusion experts for the EUROfusion Consortium meeting to discuss and adopt new fusion strategy for the period 2021-2030, as well as to discuss "particular challenges" of the fusion programme in the context of Brexit. Specially emphasised were the political preconditions that need to be met by Brexit, so that by 2024 the largest fusion reactor JET located in the UK could continue operating. Particularly strong support was given to Croatia and Spain to accelerate the works on DONES, worth 550 million euros. 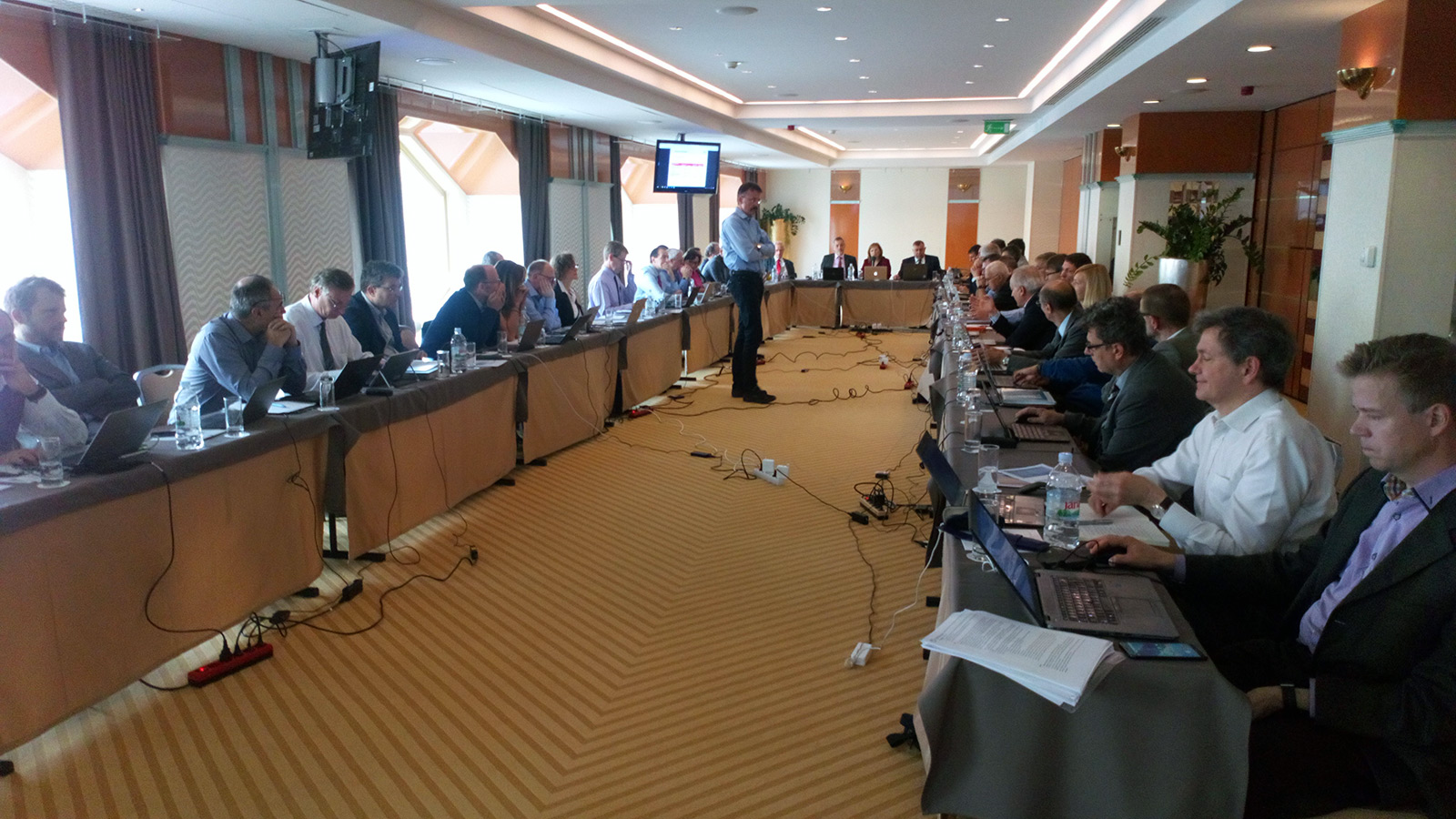 The EUROfusion consortium meeting gathered top EU fusion experts, representatives of the European Commission (EC), representatives of leading institutes and ministries of science of all EU member countries, as well as Switzerland and Ukraine, adopting new fusion research guidelines for the EU, taking into account the completion the fusion reactor ITER by 2025 and the start of the fusion plant DEMO in 2035.

One of the most important topics on the meeting agenda was dedicated to Brexit, since Europe's largest nuclear fusion device - the Joint European Torus (JET) is located at Culham. JET is enabling research into fusion power as an energy source. It is collectively used by more than 40 European laboratories. Its work is carried out within the framework of the EUROfusion Consortium, and it receives funding from the European Commission through the EURATOM research and training programme. JET's successor will be ITER, the International Thermonuclear Experimental Reactor, which is under construction in France. Europe is funding nearly 46% of the construction costs, with the remaining costs being split between China, India, Japan, Korea, Russia and the USA.

Failure to replace the provisions of the European Atomic Energy Community, also known as EURATOM Treaty, by the time the UK leaves the EU could result in the UK being unable to import nuclear materials. A form of associate membership of EURATOM, as one already obtained by Switzerland, could be a means of maintaining nuclear research and development collaboration between the UK and the EU.

''All members of the EUROfusion consortium are compliant on the need of JET operating smoothly until 2024 to allow for better preparation for ITER. One of the key prerequisites for this is the conclusion of the UK's agreement with the EU on the resumption of membership in EURATOM in the status of Switzerland. Another key prerequisite is that UK is participating in the Horizon-Europe package of scientific research as a full member, paying all contributions to the Union for science, although it will be outside the EU. The status as already obtained by Switzerland. The third condition is that the ITER Administration concludes that it needs all this.’’ -  explains Dr. Tonci Tadić, coordinator of the fusion program in Croatia.

ITER - The International Thermonuclear Fusion Experimental Reactor, is the largest international scientific project of today, worth EUR 15 billion. The goal of ITER, which stands for International Thermonuclear Experimental Reactor, is obtaining a more cost-effective, cleaner, safer and practically inexhaustible energy source. This biggest scientific experiment of our times is bringing together scientist from seven member entities — the European Union (EU), India, Japan, China, Russia, South Korea and the United States.

The RBI presented its Croatian fusion program to colleagues from other EU member states. For example, the first detailed dust analysis that is generated in a fusion reactor under conditions like ITER was done within the EUROfusion project at the RBI. Also, one of only four chambers for simulation of the damage caused to materials by fast neutrons by means of two ion beams, is located at the RBI. This chamber is funded by EUROfusion. Moreover, EUROfuison will continue to fund the work of this chamber for the next decade. The RBI also participates in the analyses of exposed plasma surfaces, while the Institute for Physics in Zagreb conducts the research of magnetic properties of fusion materials, and FESB has an important place in the EUROfusion project by performing some serious mathematical modelling of process in fusion reactors.

"What is extremely important for Croatia is that all EUROfusion member countries have given their strong support to Spain and Croatia to start construction of DONES as soon as possible. Croatia and Spain, therefore, have their hands full with preparing project documentation for DONES construction according to the requirements of the European Forum for Strategic Research Infrastructure (ESFRI). The documentation must be completed by the end of 2020, and with no additional costs for the Republic of Croatia because the production of this documentation is fully funded by EURATOM."- explains Dr. Tonči Tadić.

DONES (DEMO Oriented Neutron Source) is a key device for fusion development, worth about EUR 550 million. DONES will help scientists test materials in an extreme environment of neutron irradiation, similar to that of a demonstration fusion reactor (DEMO).

Croatian Minister of Science and Education, Blaženka Divjak, signed in June this year Memorandum of Understanding on cooperation on fusion research between Croatia and Spain, formalizing cooperation on the merger between the two leading scientific research institutes - Croatia's Ruđer Bošković Institute (RBI) and Spain's CIEMAT, which are both taking part in designing the DEMO-Oriented Neutron Source (DONES).