Since there are only twelve such systems in the world, of which only four are located in the EU, today`s launch has put the RBI in the spotlight of the world fusion research. 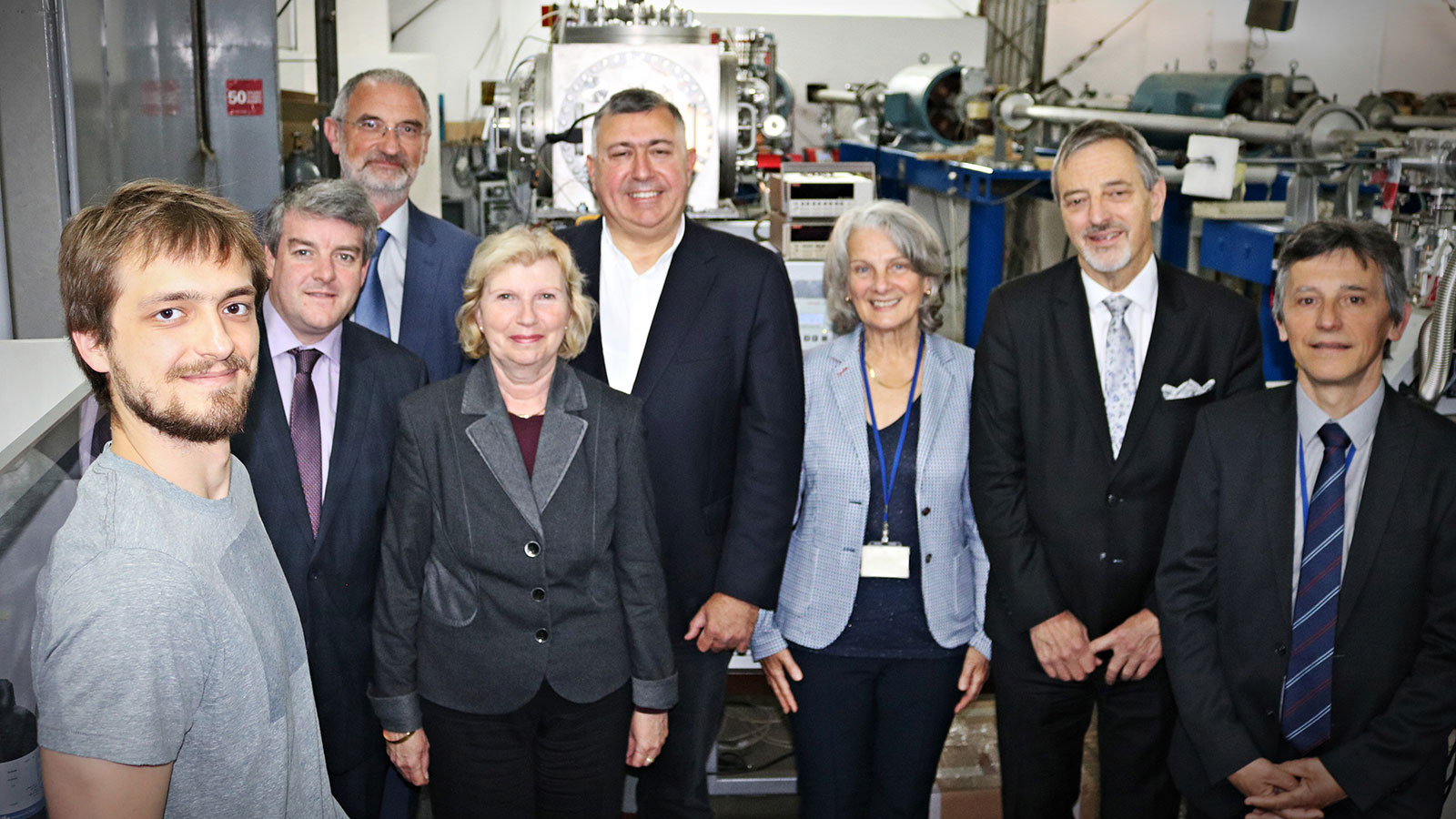 The Laboratory for Ion Beam Interactions of the Ruđer Bošković Institute (RBI) launched today 'He Ion Source & DiFU Dual-Beam Facility' worth more than three quarters of a million euro. This facility will enable the development of new materials for fusion power plants, as well as all other nuclear applications, such as hadron therapy.

Since there are only twelve such systems in the world, of which only four are located in the European Union (EU), today`s launch has put the RBI in the spotlight of the world fusion research.

The launched system will enable the RBI research team to irradiate and develop new fusion materials in the house, while enhancing cooperation with EUROfusion researchers from all EU member countries, Switzerland and Ukraine.

Furthermore, this state-of-the-art dual-beam facility would enable the RBI to cooperate with research teams involved in development of GenIV nuclear power plants, as well as teams interested in ion-beam material modifications, regardless of their purposes.

Besides many prominent scientists, the Inaugural Ceremony gathered honorary representatives of the organizations that financed these instruments - professor Melissa Denecke, Director of the Division of Physical and Chemical Sciences, Department of Nuclear Sciences and Applications of the International Atomic Energy Agency (IAEA) as well as professor Tony Donne, EUROfusion Programme Manager.

At the Inaugural Ceremony, Dr David M. Smith, the RBI Director General, welcomed the guests and congratulated the RBI Ion Beam team on their success, as well as their efforts to continuously raise the scale of excellence of their scientific work.

Dr Smith extended special gratitude to Prof Denecke and Prof Donne on substantial financial support provided to this facility by IAEA and the EUROfusion project. He expressed great satisfaction with the fact that this facility would generate three new PhD thesis.

''The uniqueness of the equipment will allow for new gain of foreign researchers and further upgrade the quality of research that will be financed under Horizon 2020 program, such as the EUROfusion and RADIATE projects, as well as the IAEA projects and the CERIC-ERIC consortium,'' explained Dr Smith.

Professor Denecke joined the RBI Director in congratulating the Ion Beam team on the facility launch and expressed her satisfaction with the successful cooperation going on for more than 20 years between the two organizations. This included cooperation on numerous joint projects in the field of environment, agriculture and food safety, as well as new materials development and the protection of cultural goods. She particularly emphasized the value of the researchers' mobility between the IAEA and the RBI, as well as the joint training programmes.

DiFU shall play an important role in the verification of the EU irradiation effect modelling programme (IREMEV), closing the gap between science and engineering

The development of new materials for fusion power plants as well as materials for new nuclear technology and nuclear medicine includes new types of steel, copper and tungsten alloys, special ceramics and glass, as well as various insulators. Owing such a device enables a user to develop completely new fusion materials in the house.

That is why the RBI staff is interested not only in research partnership with EUROfusion member organizations, but also in potential industry partners, especially those involved in the development of new alloys by the metal powder method, as well as development of glass and ceramics.

Besides the RBI scientists, the students of the Faculty of Mechanical Engineering and Naval Architecture, and colleagues from Japan and United Kingdom (UK) also participated in the design and construction of DiFU device, together with Croatian companies - Zagreb based 'Volta' and 'Racional' based in Ivanja Reka.

The RBI Facility is Unique

''There are many laboratories in the world that have more accelerators, but there are only few that have accelerators that are linked and can be combined. Moreover, laboratories need to meet high-level technical standards in order to be able to carry out the construction. It's not something you just go and buy in a store. We have meticulously examined and constructed each part based on the demands of future end-users. I have examined similar devices constructed by our 'European competition' as well as those constructed by two similar laboratories in Japan. The final result is that we have implemented more Japanese design solutions than European ones in the construction of our chamber as well as its individual parts. We have examined very carefully which concepts to apply in the construction. We have tested and carefully calculated each part ensuring that the constriction is flexible enough to be tailored based on the needs of the end users and that makes our device unique,'' emphasised Dr Tonči Tadić, coordinator of the fusion research activities in Croatia.

"By He ion source and DiFU line we are now able to make a faithful simulation of radiation conditions in fusion reactors, and then expose the materials we want to test to those conditions,’’ explained academician Milko Jakšić, Head of the RBI Laboratory for Ion Beam Interactions.

Moreover, DiFU will serve as a DONES accompanying device with a task to perform a pre-selection of materials to be tested on DONES.

"Due to expected high operation costs of DONES it would be necessary to carefully select which materials would be sent to DONES for irradiation and testing. We hope that the DiFU may be used for such purpose. Besides, until DONES is completed the required irradiations of fusion materials could be done either in dual-beam facilities like the DiFU, or in fast research reactors,'' said Dr Tadic.

"DONES is a complex facility and it will take at least 8 to 10 years to construct it and come to first materials that can be tested under a 14 MeV neutron flux. If we don`t start testing the new materials that we will use to build DONES, we will be extraordinary lagging behind with the whole project. Therefore, much emphasis is given to testing in present devices including Materials Test Reactors, and specific facilities such as DiFU Dual- Beam facility we are inaugurating today, here in Zagreb. That the work is scientifically of very high quality is also demonstrated by the fact that an enabling research project, the EUROfusion, equivalent of an ERC grant, has been granted to the Ruđer Bošković Institute. DiFU shall play an important role in the verification of the EU irradiation effect modelling programme (IREMEV), closing the gap between science and engineering,'' noted Prof Donne.

Prof Donne concluded by quoting the words of Sergei Dudarev, the IREMEV project leader: ''The formal launch of the facility is a milestone achievement, the success of which should be credited to your determination over the years.'' He congratulated the RBI team as well as Croatia for finding its role as an important player in the team of European fusion research facilities.''

Over the last two years, around 750,000 euros were invested in this unique facility by various sources of funding. The supply of ion sources and vacuum systems was financed by the IAEA, while DiFU was developed under projects of the Seventh European Program, and mostly under HORIZON 2020 project EUROfusion. The smaller part was covered by the RBI own resources, and domestic grants were provided within projects by the Croatian Ministry of Science and Education.

Croatia is a Reliable Partner in Fusion Research