Croatia is a Reliable Partner in Fusion Research

The largest scientific and technological project EUROfusion, aimed at changing the energy system of the old continent, is in full swing in Europe. Its goal is to provide an inexhaustible, safe and clean source of energy that can meet the world's growing energy needs. Researchers and industry experts working on this technology met in Dubrovnik, Croatia, in September. 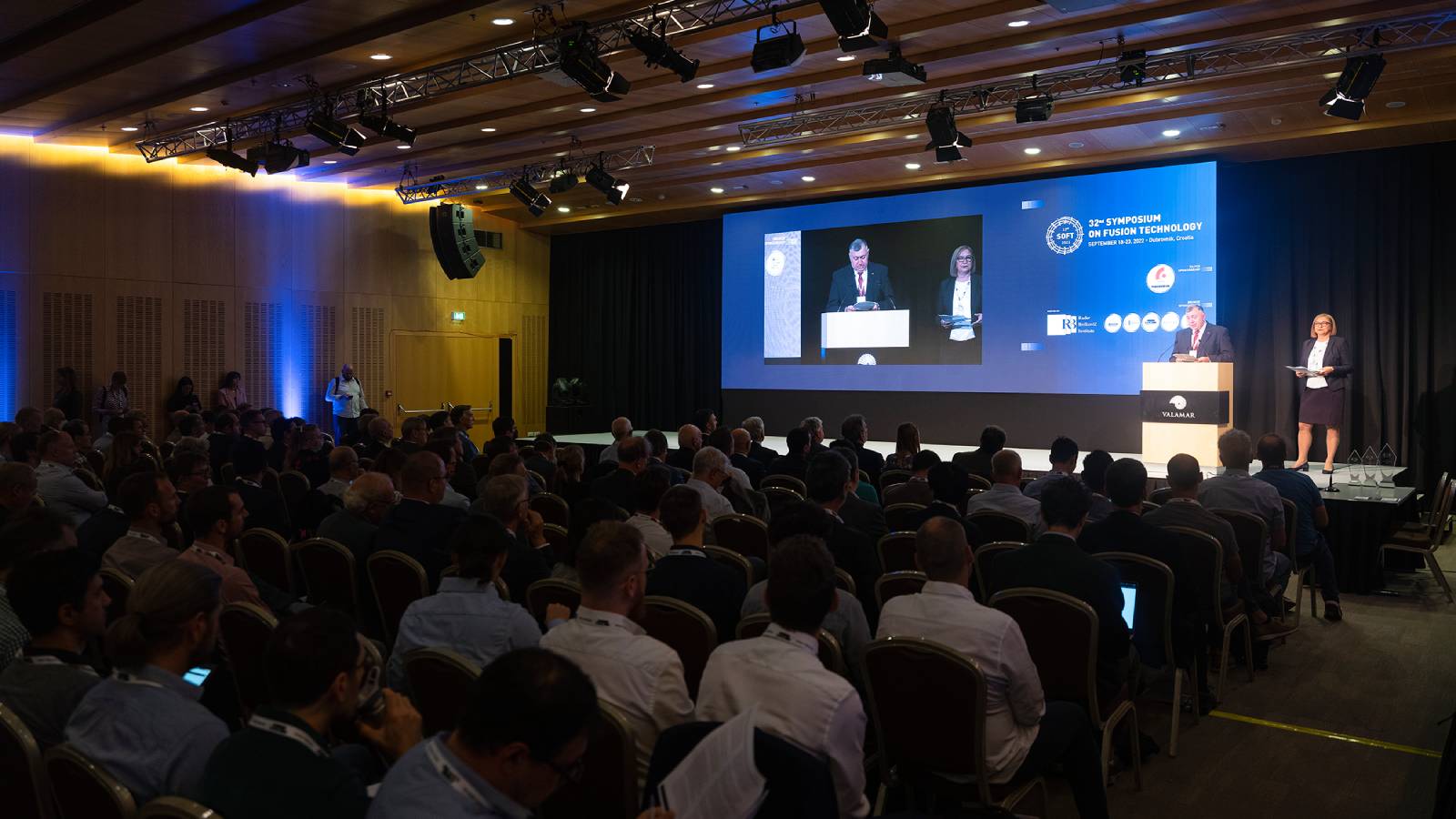 The Croatian city of Dubrovnik provided a magnificent setting for the 32nd Symposium on Fusion Technology (SOFT 2022), the most prestigious conference in this field in Europe, hosted by Croatia's Ruđer Bošković Institute (RBI). This status was once again confirmed by almost a thousand world leaders from science and industry, key fusion experts from all over the world (EU, China, Japan, South Korea, India and the USA), who discussed the most important innovations in fusion technology.

At the opening ceremony of SOFT 2020, Croatian Minister of Science and Education Radovan Fuchs said that today the world is witnessing upheavals in the world energy market, which are causing great turbulence in many industries, especially in Europe. In this context, he said, the importance of fusion projects and technologies has never been clearer. "We wanted to participate in fusion projects because we believe we can and because we know how to do it. That's why we received 30 million euros as part of the memorandum with Spain on joint research into new materials for nuclear power plants. Croatian companies will manufacture a number of components, so the investment will indirectly flow back to Croatia," emphasised Minister Fuchs.

"I am very proud that we managed to bring world leading fusion scientists and experts, directors of important fusion organisations such as Fusion for Energy (F4E), representatives of the European Commission and the European Atomic Energy Community (Euratom) to Dubrovnik and to ensure the presence of leading fusion experts from the EU, the USA, Japan, China and Korea at SOFT 2022, as well as about fifty participants for the Industry Day," said Dr. Tonči Tadić, coordinator of the fusion research programme in Croatia and Head of the International Organising Committee of the SOFT 2022 Conference.

Interestingly, this was the first time in the long tradition of SOFT conferences that the organisation of SOFT was entrusted to an EU member only a few years after EU accession, i.e. in 2016.

''We clearly demonstrated that Croatia is a reliable partner to other EU member countries in the field of fusion research," said Dr. Tonči Tadić.

In fact, Croatian scientists united in the Croatian Fusion Research Unit (CRU) coordinated by the Ruđer Bošković Institute have already demonstrated their role in global fusion research on several occasions. For example, their analysis of dust particles in the fusion reactor was crucial to the fusion energy record achieved last year at JET. In addition, Croatian fusion researchers are involved in plasma modelling for fusion reactors and in the development of materials for a fusion power plant, as RBI hosts one of four European dual-beam facilities for ion irradiation of fusion materials, putting Croatian scientists in line with Germany, France and the United Kingdom in the field of ion irradiation of materials for the future DEMO fusion power plant. In addition, Croatia is heavily involved in the IFMIF-DONES project in partnership with Spain.

"We are involved in the development of a number of DONES components and have been there from the beginning, with significant support from the Croatian Ministry of Science and Education," said Dr. Tadić.

During the opening ceremony, the "SOFT Innovation Prize'' was presented to the three best fusion research projects that have excelled in innovation and know-how transfer to industry.

The symposium also provided an opportunity to present to SMEs and industry the great opportunities offered by fusion research programmes through the "Industry Day" and B2B sessions.

"The key moment of the Industry Day and the great gain of this year's conference for us is that the Croatian Science and Industry Coordinators of the Croatian Chamber of Economy (HGK) have finally met with their Spanish counterparts and that we will soon move towards a stronger connection between these two partner organisations, as foreseen in the Memorandum of Understanding signed between our two countries in 2018, but which has not yet materialised. The goal is certainly to strengthen the role of the Fusion Industry Liaison Office at HGK in order to facilitate access to fusion jobs for our companies," explained Dr. Tonči Tadić.

''Thanks to joint efforts, Croatia is now an equal partner to Spain in the DONES project, and I am very proud that the Croatian consortium in this project is led by RBI," stressed Dr. David M. Smith, Director General of RBI, underlining the need for greater involvement of Croatian companies in the DONES project. The basis for this will be the Ministerial Agreement on the construction of DONES, which is expected to be signed shortly.

The SOFT conference began with a presentation by Dr Alain Becoulet, Chief Engineer at ITER, on the latest developments in the ITER project “ITER is driving most of the R&D in fusion technology”, he said. The conference was successfully wrapped up by the final plenary talk by Dr. Joe Milnes, Head of JET Operations at UKAEA, on the spectacular results achieved in collaboration with all EUROfusion members at the fusion reactor JET in Culham, UK.

"It was so nice to sit around the table again with colleagues and discuss in the hallways the things that really matter, that make us want to work together, and that help us move things forward," said Dr. Tonny Donné, Programme Manager of the EUROfusion Consortium, whose presentation on "Navigating along the fusion roadmap'' was the most viewed online.

DISCLAIMER: The contents of this publication are the sole responsibility of the Ruđer Bošković Institute and can in no way be taken to reflect the views of the European Union.