Evolution: No social distancing at the beginning of life!

Discovery that bacterial biofilms behave like animal embryos sheds new light on the origin of life. 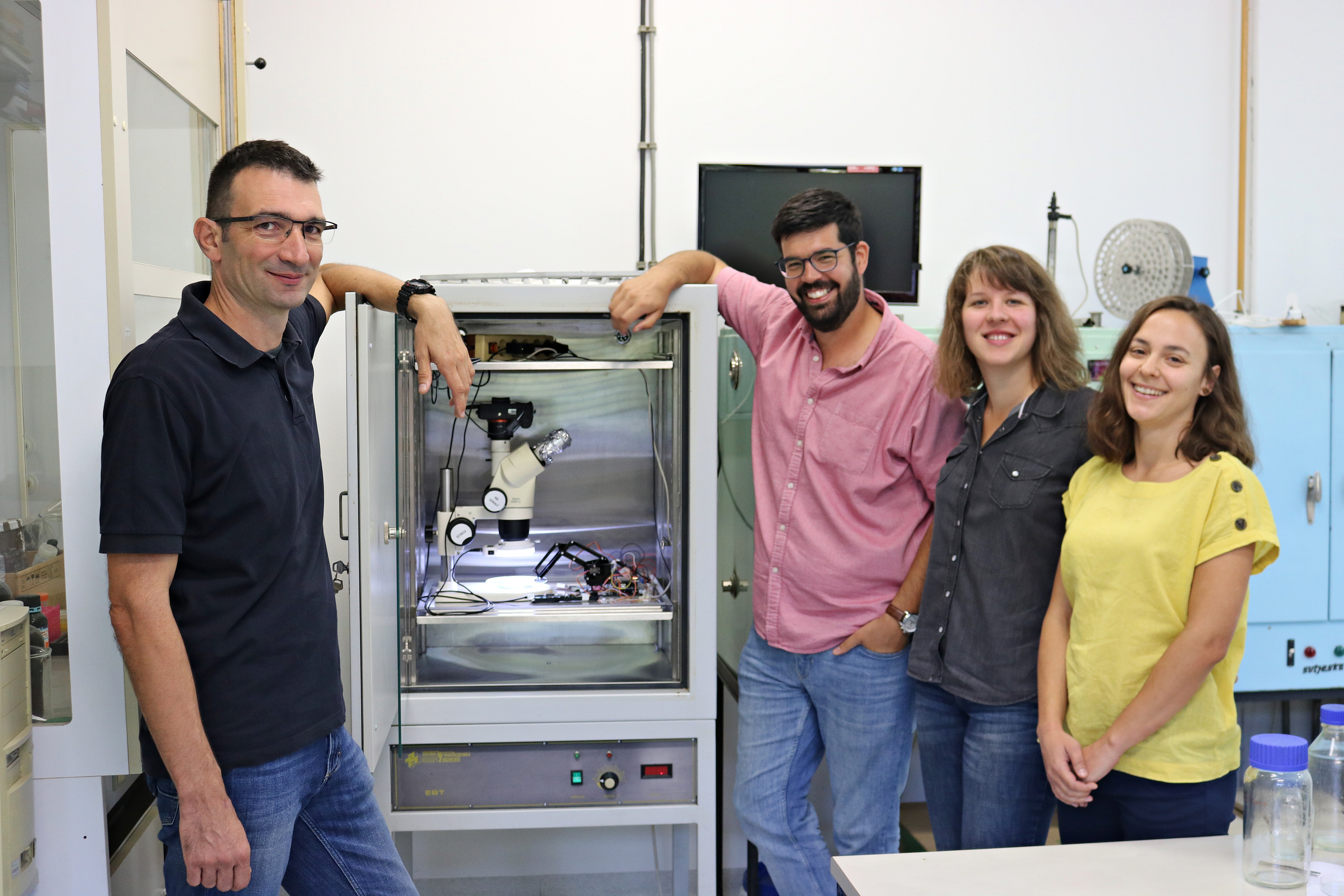 Bacteria are the dominant form of life that inhabit every available environment on Earth. This includes human bodies, where they outnumber our cells and genes, and regulate our existence for good and bad. Bacteria are regularly viewed as simple single-celled organisms. As bacteria are ancient, it is also widely accepted that a bacteria-like unicellular being was the first life. However, a recent work published in Molecular Biology and Evolution by an international research team challenges these long held views.

In this paper the researchers took evolutionary tools to study the growth of biofilms, the most common bacterial lifestyle characterized by the tight clustering of bacterial cells on surfaces. "Surprisingly, we found that the development of bacterial biofilms is comparable to animal embryogenesis. This means that bacteria are true multicellular organisms just like we are. Considering that the oldest known fossils are bacterial biofilms, it is quite likely that the first life was also multicellular, and not a single-celled creature as considered so far," explains Prof Tomislav Domazet-Lošo from the Rudjer Boskovic Institute and the Catholic University of Croatia in Zagreb who led the research.

Macroscopic organisms like animals and plants are never germ-free. They are always accompanied by bacteria and other microorganisms that persist on their inner and outer surfaces. Yet, these symbiotic bacteria are just a tiny fraction of the bacterial diversity that occupy every bit of the biosphere including vast subterranean habitats in the Earth’s crust. In all of these sites bacterial cells are locally organized in morphologically structured clusters known as biofilms. Beside natural habitats, biofilms are also extremely important in industrial and biomedical settings where they often lead, for instance, to biofouling or persistent infections that are resistant to therapies.

For some time, microbiologist have recognized that bacterial cells live a rich social life in biofilms, however it has remained obscure if these diverse interactions make a multicellular organism. "Evolutionary methods to study collective behavior of cells in animal development were at hand, but no one tried to transfer this technology from animal embryos to bacterial biofilms. Perhaps people were uncomfortable to challenge the special status of animal multicellularity, the idea that is culturally hardwired," emphasises Domazet-Lošo.

Previous work of Domazet-Lošo and his team was focused on evolutionary genomics and animal development. They were able to show that the evolution is mirrored in embryos, thus confirming more than 150 years old conjecture that ontogeny parallels phylogeny in animals. To reach these findings, they developed a computational approach, named genomic phylostratigraphy, that allows evolutionary dating of genes and proteins on the large scale. Now together with researchers from University of Zagreb, Chalmers University and Technical University of Denmark they further refined this tool to meet specifics of bacteria. "We generated the first phylostratigraphic maps of bacteria and this allowed us to link bacterial phenotypes in biofilms to evolutionary information," continues Domazet-Lošo.

In order to feed their new bioinformatic pipeline, researchers sampled biofilms of Bacillus subtilis, a model organism for biofilm research that inhabits soil as well as human gut. Using transcriptome sequencing and protein quantification they established transcript and protein expression levels for all Bacillus genes during the process of biofilm growth.

"Surprisingly, we found that evolutionary younger genes were increasingly expressed towards the later timepoints of biofilm growth. In other words, we found that Bacillus ontogeny strongly recapitulates phylogeny. So far, these patterns have been considered the signature of embryo development in complex eukaryotes." stresses Domazet-Lošo. The research team then followed the trail and looked for other features of embryogenesis in biofilms like stage-organized architecture, increased use of multicellularity genes and molecular links to morphology changes, and to their excitement they found these properties as well.

Towards the control of biofilms

These findings challenge the special status of eukaryotic multicellularity and show that bacteria are more complex than we thought. The tools developed in this study could also help in finding efficient procedures for biofilm control - a largely unsolved problem in industry and medicine.

"Our results point that a biofilm should be viewed as a multicellular individual, and not as a pile of individual cells. Like in animal embryogenesis, every developmental phase has its own peculiarities. Critical transition stages in biofilm growth could now be targeted via their stage-specific genes that we detected. This could be a game changer in treating biofilm related diseases, and in preventing industrial losses." concludes Domazet-Lošo. 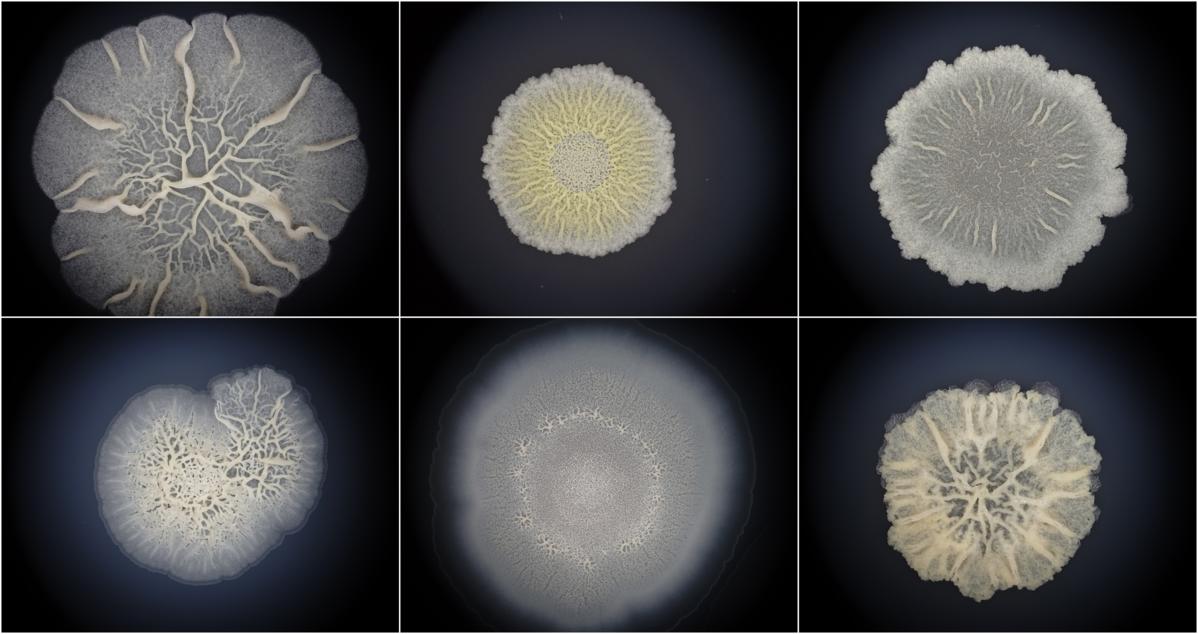 Discovery of a primordial cancer in a primitive organism