Molecular biologists from the Croatian Ruđer Bošković Institute have answered one of the long-standing open questions in cell biology!

Proper chromosome segregation into two future daughter cells requires the mitotic spindle to elongate in anaphase. However, although some candidate proteins are implicated in this process, the molecular mechanism that drives spindle elongation in human cells has been unknown, until now! Researchers at the Croatian Ruđer Bošković Institute (RBI) have discovered the exact molecular mechanism of bridging microtubules sliding and its role in proper distribution of genetic material during cell division. 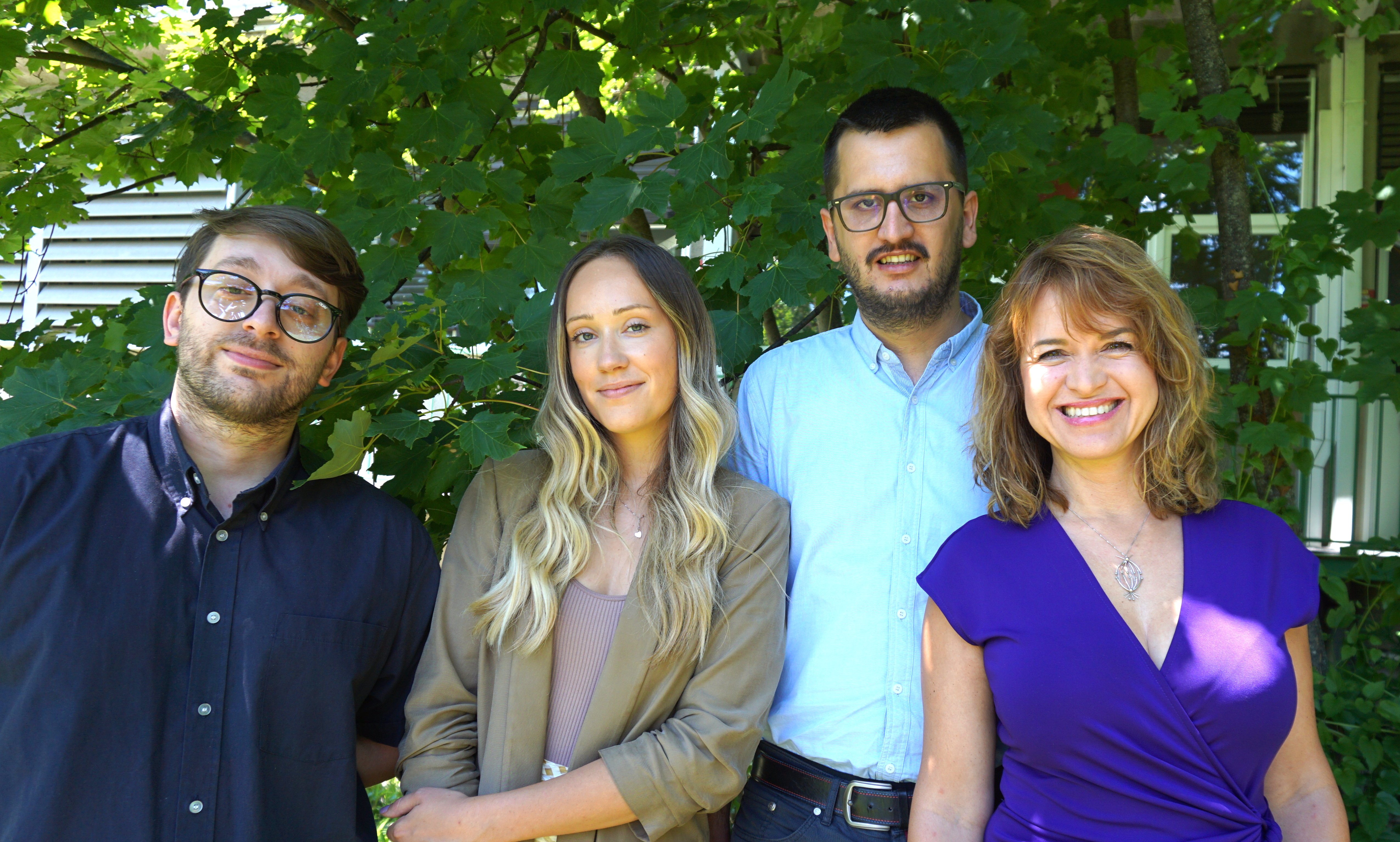 These latest results were published in the scientific journal Developmental Cell (IF: 10.092).

Cell division is a fundamental process required for stable transmission of genetic information from a parent cell to two daughter cells. Sister chromatids segregate into future daughter cells during anaphase by kinetochore fibre shortening (anaphase A) and spindle elongation (anaphase B).

Moreover, the importance of spindle elongation in human cells is evident from the fact that in addition to being the main driver of chromosome movement, it promotes correct segregation of lagging chromosomes, and its defects correlate with cancer.

Since this is one of the key steps in cell division, which occurs in almost all organisms, the molecular mechanism that drives spindle elongation has been in the spotlight of intensive research for many decades now. Although there has been some important breakthrough made in the last twenty years, that shed light on the molecular mechanisms behind the elongation process, the researchers did not manage to identify the exact proteins involved in the self-elongation of the spindle in human cells.

However, the team of molecular biologist at the Croatian Ruđer Bošković Institute - Dr Kruno Vukušić, doctoral students Ivana Ponjavić, Patrik Risteski and Dr Renata Buđa, led by Prof Iva Tolić, discovered that two mechanistically distinct sliding modules, one based on a self-sustained kinesin and the other on a crosslinker-assisted kinesin motor, power the mechanism of spindle elongation in human cells.

"We hope these results will encourage new research into the role of spindle elongation in the final steps of cell division, when the cell completes the division between the newly formed daughter cells. I believe these results are just the first step on a path of elucidating the complex control mechanisms acting behind these motor proteins, that operate under strict control of many other factors in the cell. Moreover, the principle of co-operation between these motor proteins, that we have described, could help other scientists in determining molecular mechanisms in other crucial cell processes," said Professor Iva Tolić, research leader.

What molecular mechanisms are responsible for spindle elongation?

The mitotic spindle is crucial to the process of cell division. It is a dynamic and complex cellular structure made of microtubules and associated proteins. In addition to providing structural support within cells, among many other roles, these microtubules provide tracks for motor proteins, which transport chromosomes with our genetic material and position them in the centre of the mitotic spindle. They are assisted by special motor and microtubule-binding proteins. 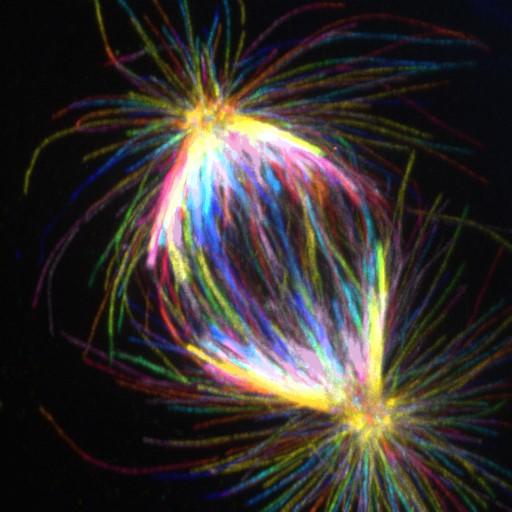 "We wanted to understand which motor proteins are responsible for elongation of the mitotic spindle in anaphase, so we developed a set of tools to remove individual proteins and groups of proteins at a specific time, just before the spindle elongation. We also used various other methods, some of which we adapted for the first time to the study of the mitotic spindle, which allowed us to study the organization of microtubules in the central part of the mitotic spindle. We used methods that enable very rapid monitoring of dynamic changes in bridging microtubules, structure we have previously shown to be crucial for proper chromosome segregation in human cells." explains Dr. Kruno Vukušić, postdoctoral fellow in the Tolić Lab, who is one of the first authors on this paper together with his colleague Ivana Ponjavić.

The key role of motor proteins KIF11 and KIF4A

"By applying the approach of simultaneous silencing of the function of multiple motor proteins, we wanted to discover a potential network of independent motor protein systems involved in the process of the mitotic spindle elongation. By using this approach, we observed that after simultaneous removal of the activity of KIF11 protein and KIF4A protein, spindle elongation does not occur at all, unlike their individual perturbations, which means that combined work of these proteins is crucial for elongation. This is the first case of stopping the elongation of the mitotic spindle by removal of specific motor proteins in human cells. In addition, we have seen that the KIF4A protein depends on the PRC1 protein to localize bridging fibres, so the same effect can be obtained by silencing the PRC1 protein combined with inhibition of the KIF11 motor protein." says Patrik Risteski, a doctoral student and one of the authors of the paper.

Further experiments demonstrated that independent motor proteins KIF11 and KIF4A participate specifically in the sliding of bridging microtubules, which then push the poles of the mitotic spindle from each other. This confirms that their role in the sliding of antiparallel microtubule bundles also occurs in anaphase cells, since the same has been shown in previous works only in vitro.

"These results have led us to conclude that anaphase B is a process driven by independent motor protein systems that have quite different mechanisms of action and probably different control mechanisms. This means that the cell ensures by the use of independent modules very high success of this process, which is not surprising, since it is one of the riskiest processes for the fate of future daughter cells that arise as a result of the division of the mother cell.

This work has shown that the consequences of unsuccessful elongation of the mitotic spindle are devastating for the division of human cells and the properly balanced inheritance of genetic material." concludes Professor Iva Tolić.