The RBI launched O-ZIP project for the 21st century 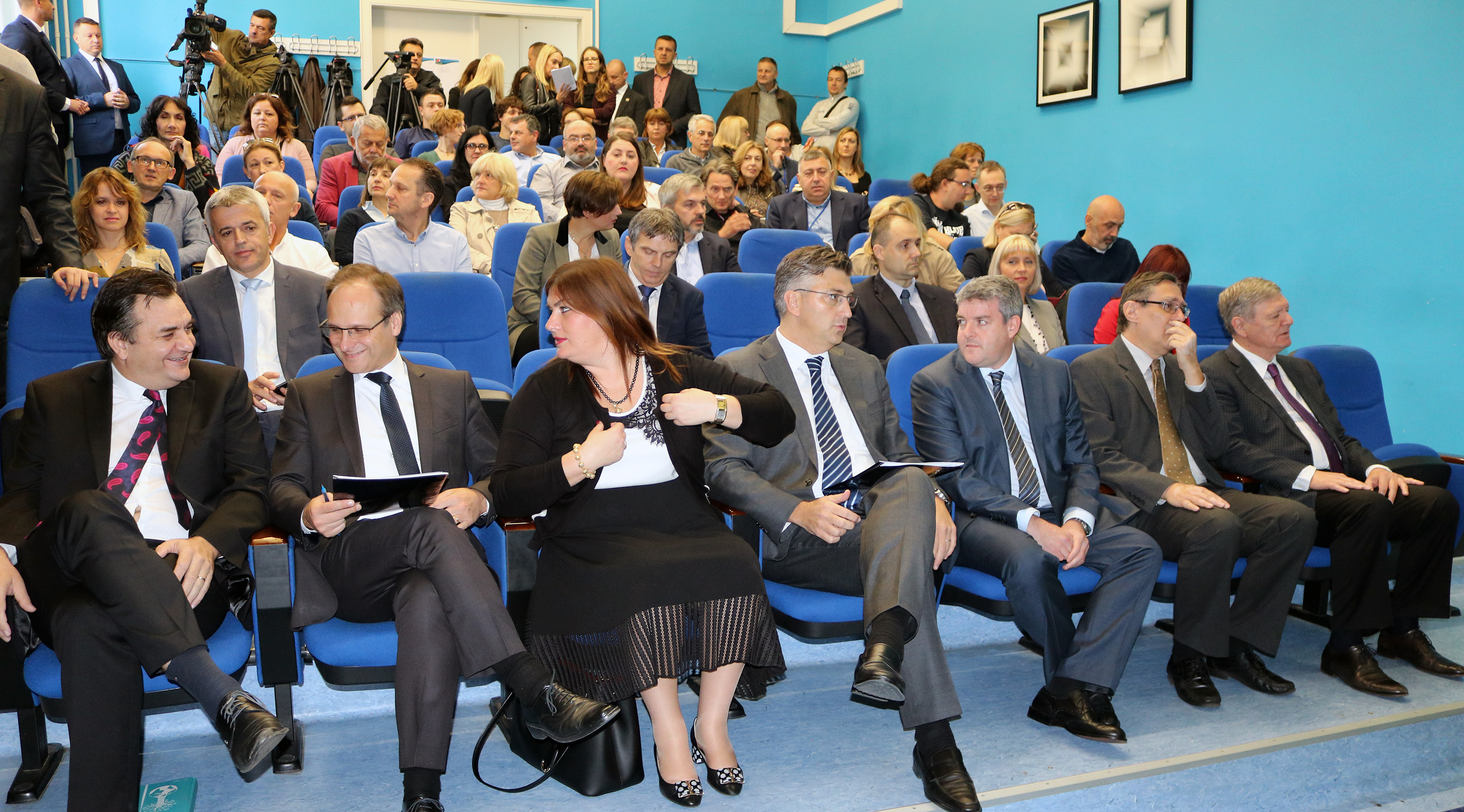 The structural project "Open scientific infrastructural platforms for innovative applications in the economy and society" (O-ZIP) is a key part of the development strategy of Zagreb's Rudjer Boskovic Institute (RBI) that will make this leading Croatian research institution a 21st century institute, it was said at a project presentation on Friday.

The launch of the EUR 72 million project was part of a rich programme of events entitled "From Horizon to O-ZIP" held at the RBI, with RBI Director General Dr David Matthew Smith underlining that the main principle of O-ZIP was consolidating the RBI's most competitive segments for closer cooperation with the business sector.

''By design, the O-ZIP project is intended to strengthen the most propulsive elements of the RBI, such as those with the most success in high-impact publications, securing European projects and notable collaboration with industry.'' said Dr David M. Smith, the RBI Director General.

Attending the launch of the project, which is geared towards boosting Croatia's overall competitiveness, were also Prime Minister Andrej Plenkovic, Regional Development and EU Funds Minister Gabrijela Zalac, and the State Secretary at the Science and Education Ministry Dr Tome Anticic.

Speaking about the O-ZIP project in the context of strategic national projects, the PM recalled that at a meeting at the beginning of his government's term, Science and Education Minister Blazenka Divjak had explained what O-ZIP was about and noted that it was one of a dozen strategic projects in Croatia.

"The Peljesac Bridge will cost 357 million euros, the LNG terminal will cost 101 million euros and as much will be invested in the internet infrastructure in Croatia, so with EUR 72 million I believe this is the fourth most valuable project," said Plenkovic.

He said that this government wanted to promote excellence and the reform of the education system through investments in science and scientific infrastructure, and that science and its contribution to economic development should be made more visible.

O-ZIP, by definition, is a project to be financed through the European Structural and Investment Funds (ESIF). The project constitutes an essential element of Priority Axis 1 (Strengthening the Economy through Application of Research and Innovation) in the Operational Programme Competitiveness and Cohesion 2014-2020.

Besides necessary upgrade of the RBI infrastructure, the O-ZIP project will also enable the supply of state-of-the-art sophisticated research equipment compliant with the expertise of scientists and the needs of the economy of the Republic of Croatia.

''While the new and upgraded buildings are indeed an integral part of the O-ZIP concept, the need to perform such an intervention is justified by the present state of the physical infrastructure, the previous success and future potential of our scientific staff and an analysis of the demand for scientific output. The same justification applies to the planned procurement of state-of-the-art scientific equipment, whose total value is about half that foreseen for the upgrading of the entire physical campus.'', explains Dr Smith.

Serious work on the O-ZIP project began in 2012. The project concept was developed as part of the RBI’s long-term strategy in the context of the then imminent accession of Croatia to the European Union. The O-ZIP pre-feasibility study was completed in 2013 and shortly afterwards, the project was selected by the Ministry of Science, Education and Sport to have its documentation financed under the second science and technology project (STP2), supported by the World Bank.

Because of the ambitious and complex nature of the project, numerous bureaucratic complexities and the number and frequency of governmental changes in Croatia, the preparation of the documentation took significantly longer than was envisaged. However, the unwavering enthusiasm of the project team at the RBI, combined with a high-level understanding of the strategic importance of the project by the present government, including the Ministries of Science and Education and Regional Development and EU Funds, has meant that the final challenging phase has been accelerated. Invaluable contributions have also been made by the teams of consultants responsible for the preparation and evaluation of the feasibility study and the technical documentation, as well as the STP2-implementation team.

"This investment will enable our scientists to finally have the same working conditions as their colleagues in EU.",  concludes Dr Smith.

The RBI Capital Project Worth 72m EUR Goes On