Croatian research team, led by professor Iva Tolić from the Ruđer Bošković Institute and professor Nenad Pavin from the Faculty of Science at the University of Zagreb received an important recognition for their work by the European Microscopy Society (EMS). An annual EMS 'Outstanding Paper Award’ in the category Life Sciences was presented to the research team for their study on chirality of the mitotic spindle, published in the scientific journal Nature Communications last year. This study shed completely new light on the distribution of forces during cell division and opened new avenues for future research in cell biology. 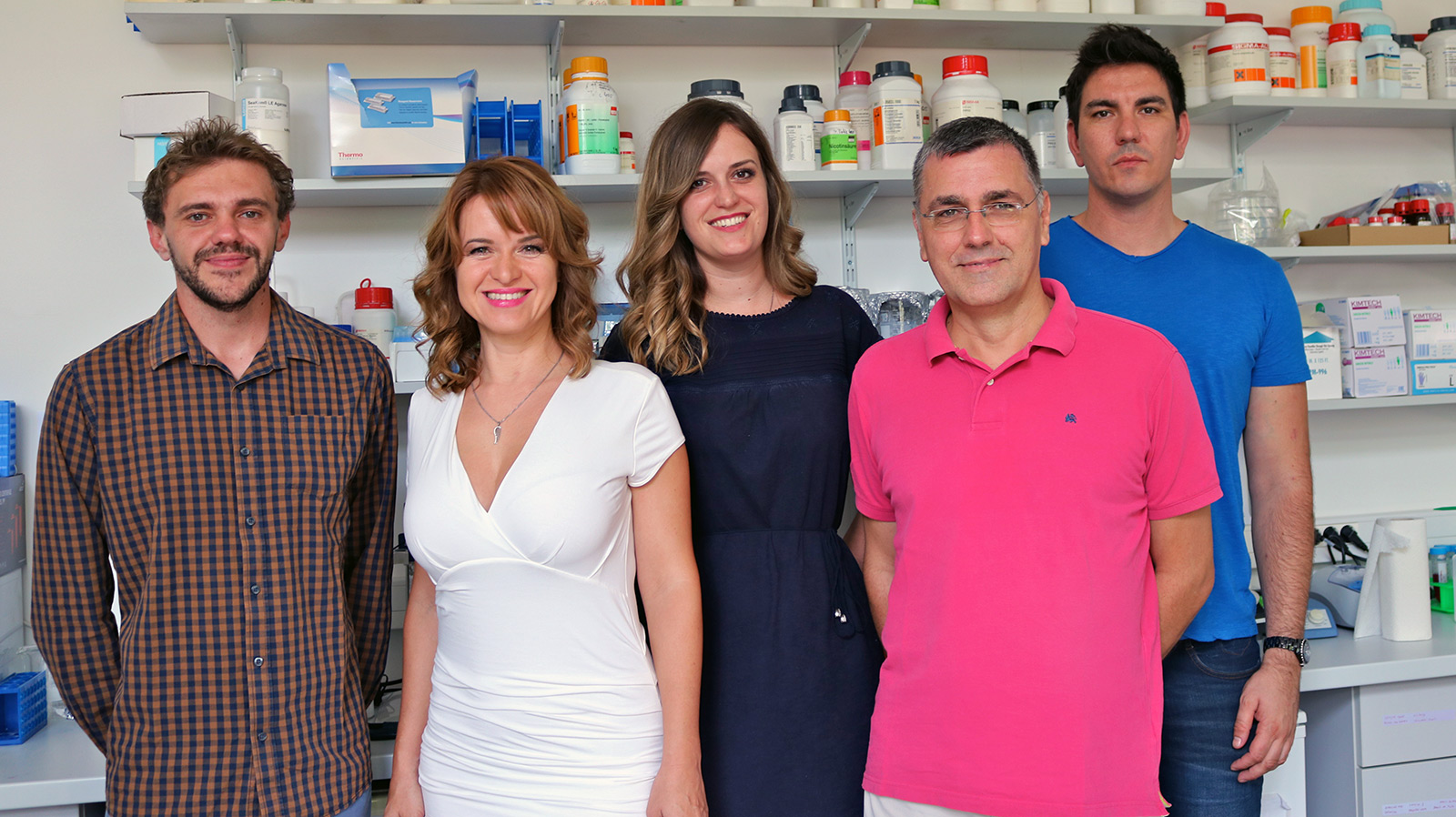 The EMS Executive Board presents the 'Outstanding Paper Award’ to the papers containing original work in the field of microscopy judged on scientific merit, technical and general quality, expected impact, originality and relevance to microscopy. The award is presented annually in each of the categories of Instrumentation and Technique Development, Materials Sciences and Life Sciences.

The Croatian research team was awarded the prize for their paper ‘The mitotic spindle is chiral due to torques within microtubule bundles’ published in Nature Communications in September last year. In this paper, scientists have shown that the mitotic spindle is a chiral object, which means that microtubules do not extend straight between the spindle poles, but are twisted in the shape of a left-handed helix. This discovery was presented to the Croatian public at the press conference on the occasion of the publication of this work.

This study was an interdisciplinary investigation in which the authors have combined cell biology and genetics with theoretical physics, while applying the most advanced techniques of microscopy.

These important results rely on a combination of light microscopy techniques. The authors presented images of human spindles obtained by superresolution microscopy, showing that microtubule bundles attain complex curved shapes. By using a novel approach in which the spindle is imaged with optical planes perpendicular to the spindle axis on a confocal microscope, the authors measured the three-dimensional contours of microtubules in the spindle, thus discovering that the spindle is a chiral object. 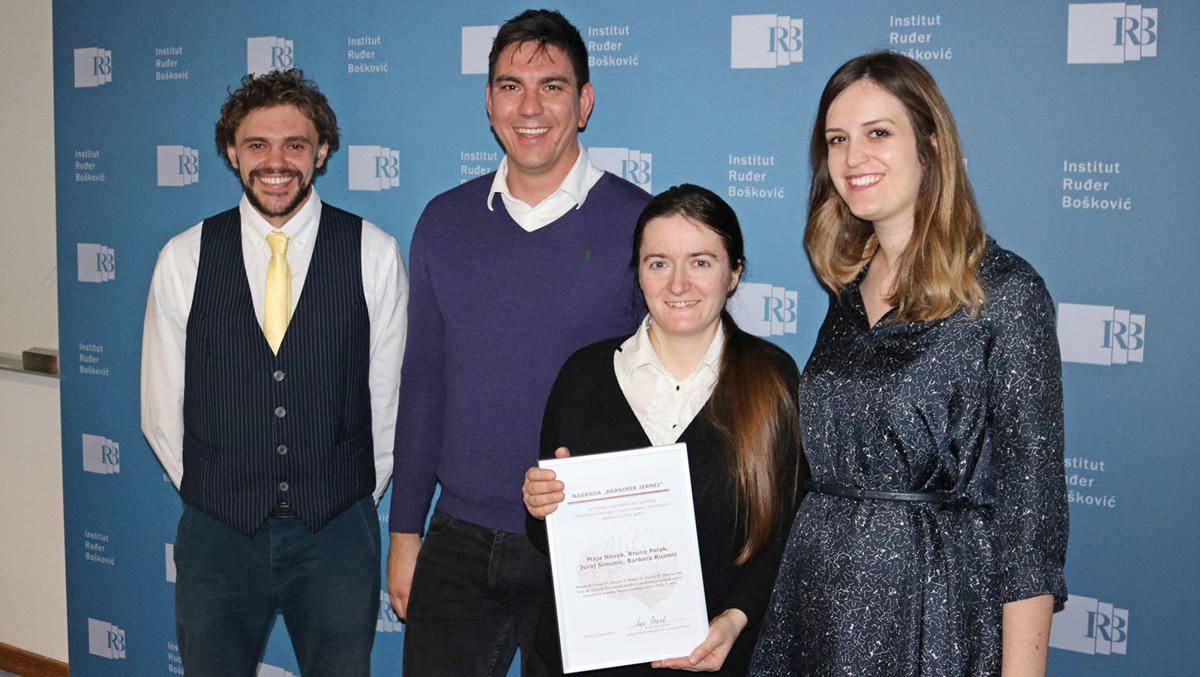 The researchers say this discovery has opened a number of questions that will be the focus of their further research, such as how the twisted shape of microtubules is generated at the molecular level, and how it affects chromosome segregation.

The awarded research was supported by several grants including the prestigious grant by the European Research Council (ERC) worth over two million euros, awarded to Prof Tolić four 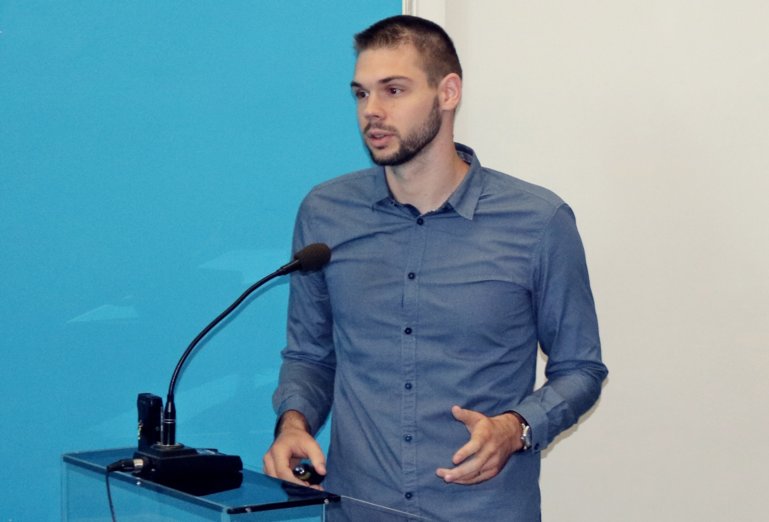 The awarded research was supported by several grants including the prestigious grant by the European Research Council (ERC) worth over two million euros, awarded to Prof Tolić four years ago, Unity through Knowledge Fund, QuantiXLie Center of Excellence, a project cofinanced by the Croatian Government and European Union through the European Regional Development Fund - the Competitiveness and Cohesion Operational Programme, and the Croatian Science Foundation.