Covering various synthetic, analytical and spectroscopic techniques on substrates including polycyclic molecules, heterocycles, and peptides, the research activities in the laboratory are ideal for training young researchers in graduate and post-graduate education (BSc, MSc, and PhD thesis). 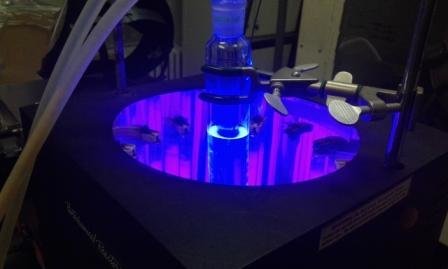 The research was funded:

Currently, the research is funded by the Croatian Science Foundation project HrZZ-IP-2019-04-8008 "Photochemistry: Reaction Mechanisms and Applications in Organic Synthesis and Biology" (PhotoApp)

The project is focused on three research topics:

b) Development of novel photocages applicable in organic synthesis and biology

LSOC has a long tradition in the synthesis and characterization of different supramolecular systems. Interests include:

Synthesis of crown ethers and cryptands with incorporated cage molecules has been conducted in LSOC over past twenty years. Recently, the research is conducted in collaboration with the Marijeta Kralj's group at the RBI with the aim of developing new antiproliferative molecules that target cancer stem cells and base their action on misregulation of potassium.

b) Synthesis of anion sensors 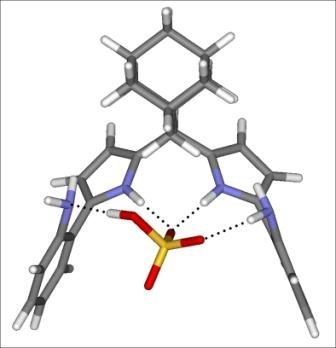 Over the past ten years, the synthetic endeavors in the LSOC were oriented to the preparation of fluorescent anion sensors where the recognition of anionic species was accomplished by pyrroles or urea functional groups. 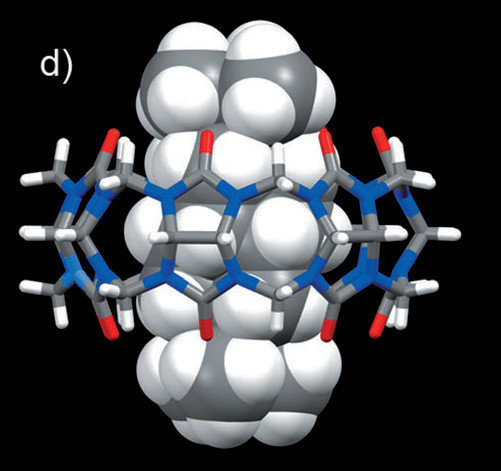 The research is conducted in collaboration with the group of L. Isaacs (University of Maryland, U.S.A.) and R. Glaser (Ben-Gurion University of the Negev, Israel). LSOC team members designed and prepared various new cage molecules and polycycles - guests for the complexation with cucurbit[n]urils.

Over the years LSOC members have gained significant expertise in preparing different classes of molecules which include: polycycles, cage molecules, heterocycles and peptides. A number of these molecules were screened for their antiproliferative, antiviral or animicrobic activity. Moreover one of the goals in the on-going and the previous HrZZ project is development of phototerapeutics that base their action on photochemical generation of quinone methides. The research is conducted in collaboration with the Marijeta Kralj's group at the RBI.