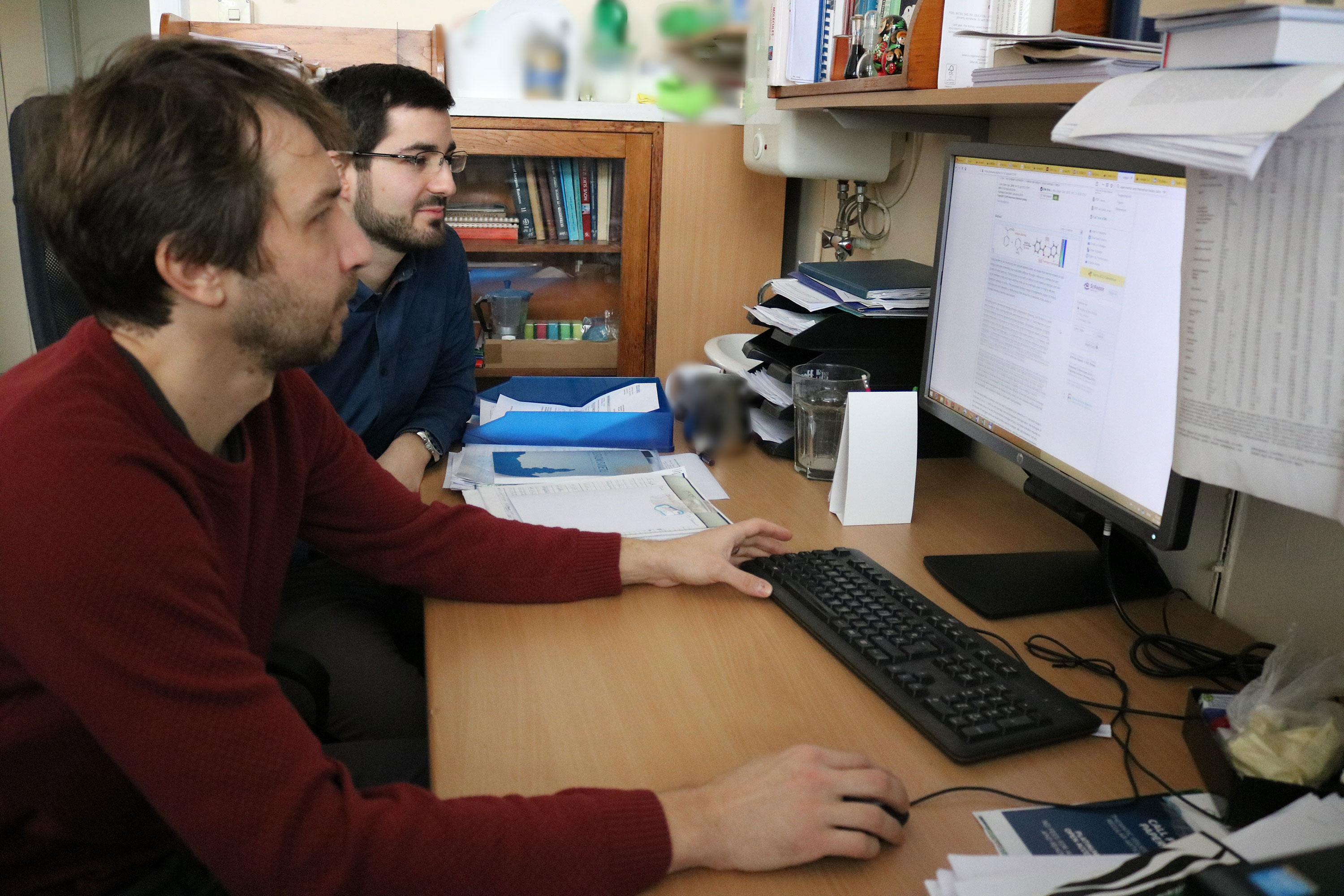 Green chemists from the Ruđer Bošković Institute (RBI) in cooperation with their colleagues at the European Syncrotron in Grenoble (ESFR) have presented new fundamental results of the research of mechanochemical processes that pave the way to their faster application in the chemical industry. The latest results are a continuation of successful research carried out by the team of the RBI Laboratory for Green Synthesis, who have been recognised as one of the leading groups in the field.

Mehanochemical synthesis by grinding has been introducing a ‘greener fashion’ in chemical industry towards achieving more efficient and ecologically sustainable alternative to classical solution synthesis. It enables manufacture of various functional materials for application in industry, synthesis of pharmaceutical compounds, and is being increasingly used in the synthesis of organic compounds.

Despite their growing popularity, mechanochemical reactions still remain a bit of a black box technique. In recent years, scientists from the Ruđer Bošković Institute in Croatia, in collaboration with their foreign colleagues, have developed completely new instrumental methods for studying the mehanochemical reactions in situ, which are based either on X-ray diffraction on a polycrystalline sample, or on Raman spectroscopy. M This enabled the first real time insight into chemical reactions during milling.

The latest results of the RBI green team were published in two papers, one in the Royal Society’s Chemical Communications (IF: 6,29), and the other in the prestigious Journal of the American Chemical Society (JACS, IF: 14,36).

In the paper published in the Journal of the American Chemical Society, the RBI scientists have revealed that mechanochemical ball-milling overcomes inherently slow solid-state diffusion through continuous comminution and growth of milled particles. This process occurs with or without a net chemical reaction and also occurs between solids and liquid additives that can be practically used for highly efficient deuterium labeling of solids.

"In this way, we have indirectly explained some features of mechanochemical reactions in cases when they resemble reactions in solutions. It was actually due to this use of isotopically-labelled solids, in conjunction with spectroscopic methods, that 'hidden' chemical reactivity was revealed, and which would otherwise not be observed. In this way, we have described a fundamental aspect of mechanochemical reactions and the interactions of milled solids'', explains Stipe Lukin, first author of the paper and doctoral student at the RBI Laboratory for Green Synthesis.

This latest work by the RBI green team published in JACS has attracted major attention of the academic community and is currently in the top 5% of all research outputs scored by Altmetric.

The Path to Crystalline Engineering for Solid State Reactions

In another paper, published in Chemical Communications, this team of researchers described for the first time the formation of a cocrystal as an intermediate during organic solid-state synthesis which has subsequently engaged in the target organic reaction. In addition,

"The emergence of cocrystals as an intermediate prior to the target chemical reaction is unusual, and if this process could be controlled, it would then open the door to the use of crystal engineering for organic solid-state synthesis," concludes Ivan Halasz, leading researcher.

Both studies were carried out as part of the Croatian Science Foundation (HrZZ) project "Mechanochemical reactivity under controlled temperature and atmosphere conditions for the pure synthesis of functional materials" (UIP-2014-09-4744) led by Krunoslav Užarević, and are a part of the Ph.D. research by Stipe Lukin.