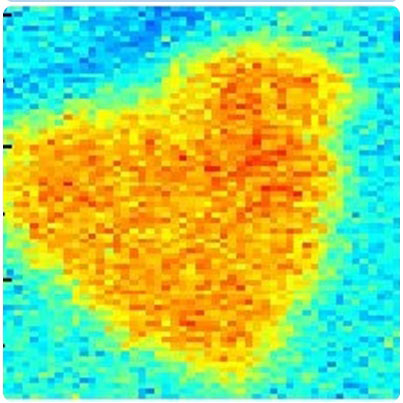 A team of researchers from the Croatian Fusion Research Unit (CRU) Stjepko Fazinić, Ivan Sudić and Tonči Tadić (RBI, Croatia), in cooperation with their colleague Per Petersson (KTH Royal Institute of Technology in Sweden) ‘caught’ a fusion heart during the last year`s experiment.This is not a valuable scientific discovery, just a Valentine's card by CRU crew!

This is actually a heart-shaped dust particle from JET divertor tile, size 120 by 100 micrometers, made mainly of tungsten, nickel, chromium, molybdenum and iron, with traces of beryllium, aluminium, copper and sodium.

It is a result of ion microbeam analyses of JET’s dust using PIXE and NRA methods at RBI’s Heavy Ion Microbeam, done within EUROfusion work package - WP JET2 on 8-11 December 2015.

JET investigates the potential of fusion power as a safe, clean, and virtually limitless energy source for future generations. The largest tokamak in the world, it is the only operational fusion experiment capable of producing fusion energy.

As a joint venture, JET is collectively used by more than 40 European laboratories. The European Consortium for the Development of Fusion Energy, EUROfusion for short, provides the work platform to exploit JET in an efficient and focused way. As a consequence more than 350 scientists and engineers from all over Europe currently contribute to the JET programme. 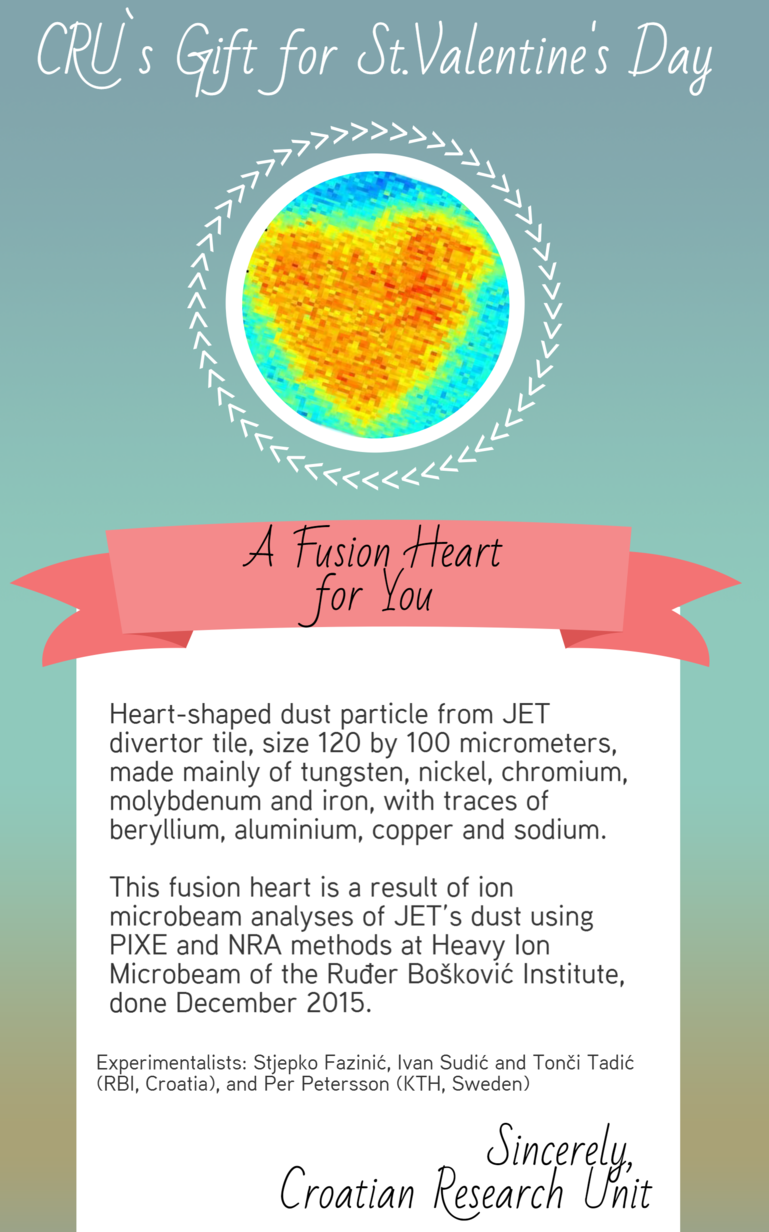 EUROfusion manages all European research activities in the field of fusion on behalf of Euratom and ensures significant progress along the path towards the realization of fusion energy. This joint programme, which brings together 27 European countries has an overall budget of at least €850 million over the period 2014-18, of which around half will come from the Euratom Horizon 2020 fusion energy research programme.

Thanks to Ruđer Bošković Institute (RBI), and scientists gathered within Croatian Research Unit (CRU), Croatia is one of the member countries of EUROfusion Consortium.  Membership in the consortium allows not only active involvement of Croatian scientists in the fusion research, but also the participation of domestic companies in valuable tenders within the fusion programme. 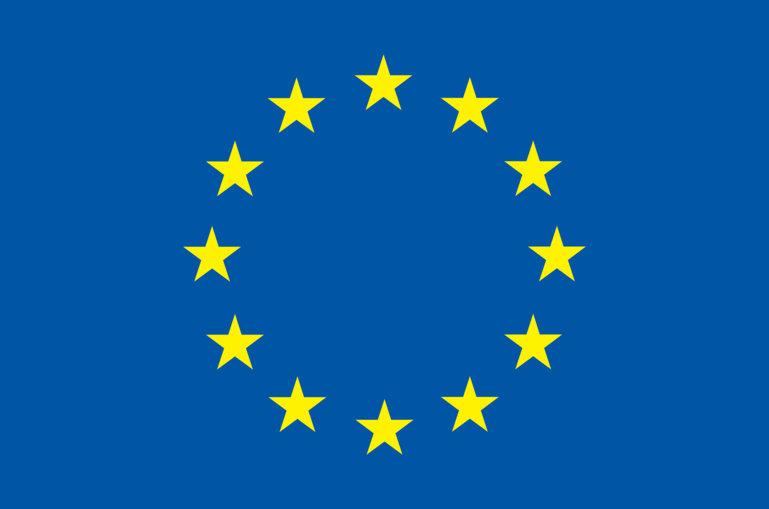 This work has been carried out within the framework of the EUROfusion Consortium and has received funding from the Euratom research and training programme 2014-2018. The views and opinions expressed herein do not necessarily reflect those of the European Commission.