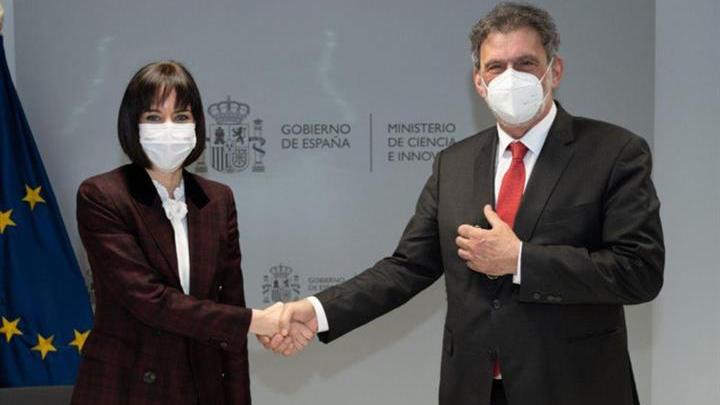 The Spanish Minister of Science and Innovation, Diana Morant, and the Croatian Minister of Science and Education, Radovan Fuchs, signed a joint declaration on Wednesday to strengthen collaboration between the two countries within the project to build the International Fusion Materials Irradiation Facility - Demo Oriented Neutron Source (IFMIF – DONES) research infrastructure.

With the signing of this declaration, the Governments of Spain and Croatia reaffirm their commitment to launching the project as soon as possible and to start the actions that will enable Granada to host IFMIF-DONES. This international project, with Granada as its European location, will create a large particle accelerator that will produce neutrons with sufficient intensity to carry out accelerated tests of the materials to be used in future nuclear fusion reactors.

The joint declaration also contains a series of measures to enhance cooperation in the field of fusion energy, including the joint use of IFMIF-DONES support facilities located in the two countries for research activities and staff training.

In the framework of the declaration signed today, the Croatian Ministry of Science and Education commits to providing components for the construction of IFMIF-DONES for a maximum value of 5% of the total construction budget of the project. The Spanish Ministry of Science and Innovation will assist its Croatian counterpart in identifying the components with which Croatia will contribute to the construction of IFMIF-DONES, prioritising those in the design of which Croatian scientific institutions have participated and which can be procured in Croatia.

The joint statement is in line with the recommendations on IFMIF-DONES recently adopted by the Working Group organised by the European Commission through the Governing Board of Fusion for Energy, in which 14 European countries, including Spain and Croatia, participate. 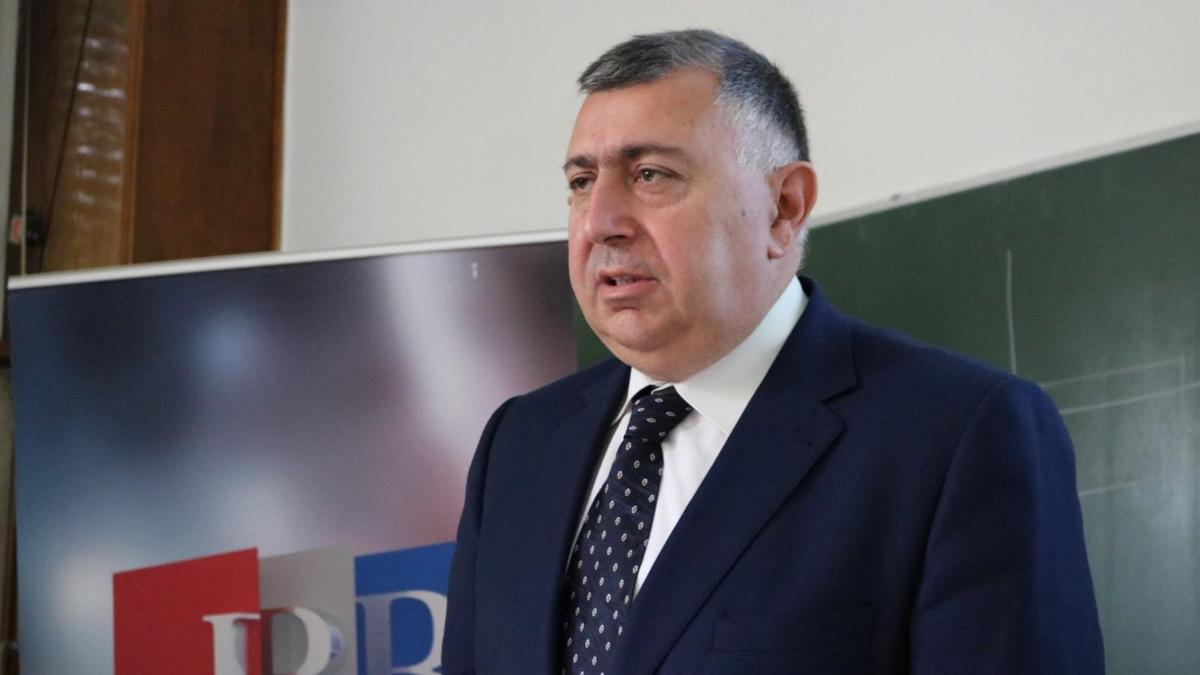 The recommendations issued by this Working Group indicate that the necessary steps to set up the project in Granada should be taken as soon as possible to consolidate international contributions to the project, which will allow the launching of the IFMIF-DONES project. These recommendations include the signing of memorandums of understanding between Spain and the other countries concerned, especially Croatia.

"With this agreement, both governments have reaffirmed their support for the DONES project, that is, the construction of DONES equipment in Granada and support facilities in both countries. Both governments believe that the construction of DONES, with the support of Euratom and the EU Fusion Energy Agency, should start as soon as possible, with the form of support agreed at EU level.

The agreement confirms that Croatia and Spain believe that the model of the DONES project prepared by the Ruđer Bošković Institute and the leading Spanish scientific institute CIEMAT is of high quality, which confirms that the Euratom Working Group for DONES has accepted the project model.

Croatia has announced the supply of equipment for DONES manufactured in Croatia and financed from EU funds in the maximum amount of 5% of the project value. Spain, in turn, has agreed to help Croatia select equipment for the DONES that can be manufactured in our country. Both governments have instructed their national DONES consortia to start the relevant negotiations as soon as possible. In addition, both governments will jointly initiate the construction of facilities to support DONES projects in both countries.

Therefore, Croatia and Spain, as the leading tandem of countries in this project, are ready to build DONES. We are now waiting for the governments of the other 12 EU countries that want to participate in the project and of course the European Commission to come forward. Minister Fuchs and Minister Morant have sent them a nice invitation from Madrid,'' concluded Dr Tonči Tadić, head of the Croatian fusion activities within the EUROfusion consortium and coordinator of the DONES-PreP Project Council in Croatia.

IFMIF-DONES takes part in the EU’s ambitious programme to develop fusion as an energy source, within an international collaboration that includes key partners in ITER (International Thermonuclear Experimental Reactor). It is also a key part for the European objective of constructing a Fusion Demonstration Power Plant (DEMO) by the middle of this century. 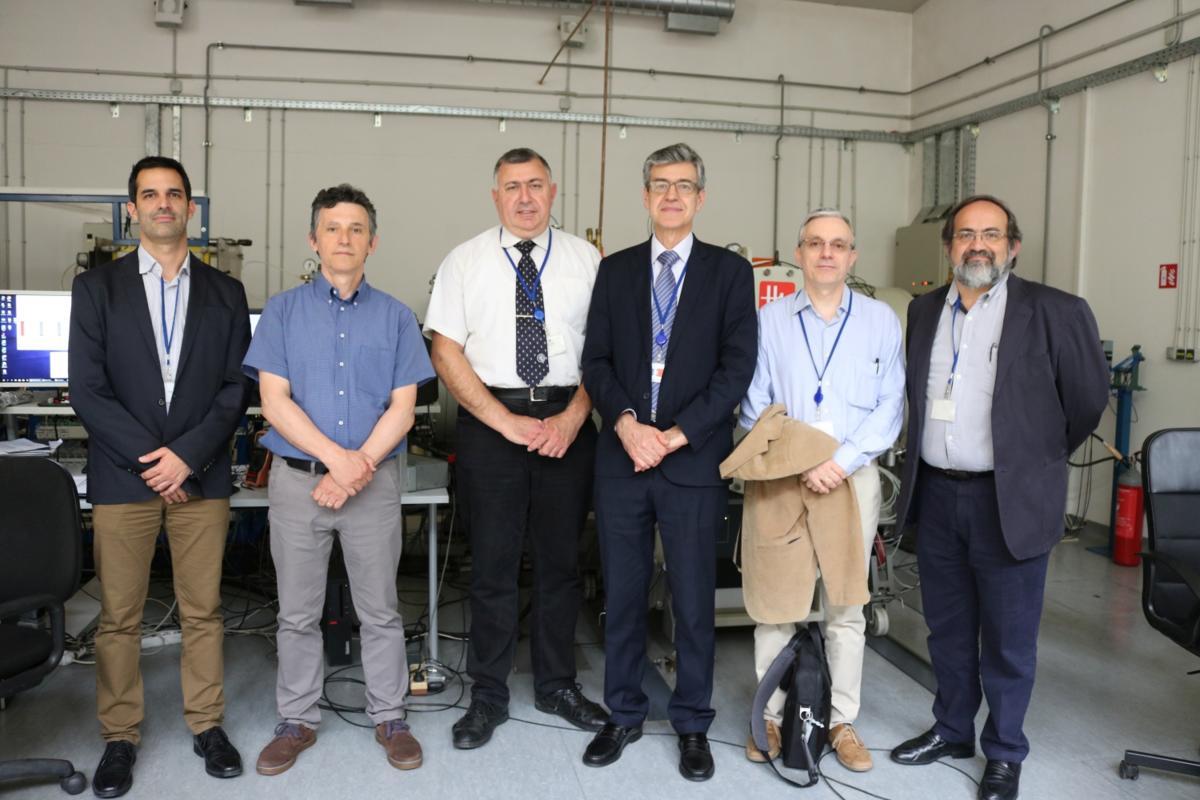 The estimated construction budget for IFMIF-DONES is 650 million, with a further 50 million for the commissioning phase. In addition, the operating cost will be 50 million per year for the lifetime of the facility, which is expected to be more than 20 years. The Spanish Government together with the Andalusian Regional Government have committed to financing 50% of the construction cost and 10% of the operating cost. Regarding the rest of the financing required for the project, the Government is already in negotiations with both the Member States of the European Union (EU), including Croatia, with third countries, and with the EU through the international organisation Fusion for Energy, to provide the rest of the investment.

The Spanish Government and the Junta de Andalucía have already earmarked 32 million euros to advance the construction of buildings and laboratories of general interest to support the future IFMIF-DONES facility. A significant part of this amount is financed with European structural funds.