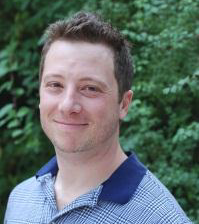 The Bunyaviridae is a large and diverse family of tripartite, single stranded, negative sense RNA viruses; many are considered emerging viruses, causing severe disease in humans and other animals, as well as plants. The family is divided into five genera, Orthobunyavirus, Hantavirus, Nairovirus, Phlebovirus, and Tospovirus. The structural proteins are encoded in the medium (M) genomic segment, and are derived from a precursor polyprotein containing Gn and Gc, in this order, as well as a non-structural protein, depending on the genus.

A number of properties of bunyaviruses - the tandem organization of the envelope protein genes, the observation of formation of Gn/Gc heterodimers, and the fact that the virion contains an icosahedral scaffold surrounding the viral membrane - suggest that bunyaviruses encode a class II viral membrane fusion machine, this has recently been shown for Rift Valley Fever Virus Gc in a recent crystal structure (Dessau and Modis 2013).

To provide further insight into the biological properties of the bunyavirus envelope, we have embarked on a major effort to produce and purify enough quantities of recombinant envelope proteins from a number of viruses, selected across the 4 genera that cause disease in humans, for structural studies. We have cloned the part of the M genomic segment coding for Gn and Gc into expression vectors that have been used in the lab to produce and crystallize class II viral envelope proteins using the Drosophila expression system.

Our laboratory has had positive results with this system for the production and crystallization of dengue and YF viruses glycoproteins (prM and E) and ChikV glycoproteins p62 and E1. For these viruses, the fusion protein, E or E1, is present in the absence of its C-terminal transmembrane segment, such that it is secreted after folding with its viral chaperone, prM or p62, respectively. In addition, we have made constructs with a soluble linker – with sequence (GGGGS)4, connecting the ectodomains of Gn and Gc, as was done successfully for p62 and E1 in the case of CHIKV.

We are currently expressing relatively large amounts of the corresponding constructs for Hantaan virus, Crimean Congo Hemorrhagic Fever virus (CCHFV), Rift Valley Fever virus (RVFV) and Uukuniemi virus, made with a synthetic DNA optimized for production in Drosophila cells for the purpose of crystallization. Crystallization trials are underway for a number of these proteins, and we have successfully crystalized some of these proteins. We are currently collecting data and attempting to resolve the structures.