We are pleased to invite you to the RBI Colloquium: Structural Biology of CRISPR-Cas Surveillance Complexes by professor Dinshaw J. Patel, Structural Biology Program, Memorial Sloan-Kettering Cancer Center, New York. The lecture will take place on Friday, 9 September at 2 pm in the 3rd Wing lecture hall. The colloquium is organized in cooperation with the Faculty of Science University of Zagreb. 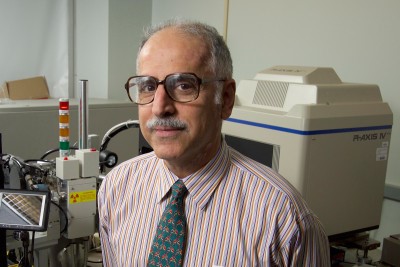 Dr. Dinshaw Patel received his bachelor's degree in Chemistry from the University of Mumbai, India and his PhD in Chemistry from New York University. Dr. Patel then became interested in moving from Chemistry to Biology and did postdoctoral research in Biochemistry at NYU Medical school and in Biophysics at AT&T Bell Laboratories in New Jersey. He was appointed to a permanent position at Bell Labs and remained at the institution for 17 years, primarily using nuclear magnetic resonance to study biopolymers.

In 1984, Dr. Patel moved to academia and became a Professor of Biochemistry and Molecular Biophysics at Columbia University Medical Center, where his research group focused on using NMR to study DNA structures. He was recruited in 1992 to the Memorial Sloan Kettering Cancer Center to develop the institution's new program in Structural Biology. Following the move, Dr. Patel expanded his research interests into X-ray crystallography and RNA structure, and more recently into cryo-electron microscopy.

Dr. Patel's research focuses on structural biology of nucleic acids, specifically the study of RNA structure and protein-RNA interaction mechanisms. In this regard, his group has studied riboswitches and ribozymes, RNA interference, as well as the readout of histone and DNA epigenetic marks and their regulation. In recent years, his research has focused on the cGAS-STING pathway, CRISPR-Cas surveillance complexes and structural of maintenance chromosomal (SMC) complexes.

The role of RNA in information transfer and catalysis highlights its dual functionalities. crRNA is a key component of CRISPR-Cas surveillance complexes.

The lecture will initially address single-subunit Cas12 CRISPR-Cas systems involving ternary complexes with bound guide crRNA and target DNA. The emphasis will be on principles underlying PAM recognition and the conformation of the RuvC cleavage pocket.

The lecture will next focus on multi-subunit CRISPR-Cas systems. For the type III-A Csm system, we shall address mechanisms of target RNA binding and cleavage, as well as target RNA-activated ssDNA cleavage in the HEPN pocket and cyclic oligoadenylate (cOA) formation from ATP in the Palm pocket. We will also highlight a timer mechanism for RNase Csm6 whereby successive nicks of bound cOA within the CARF domain regulate the trans-acting RNase activity of the adjacent HEPN domain.

We will also highlight the impact of anti-CRISPR proteins in suppressing single- and multi-subunit CRISPR-Cas host defense pathways.