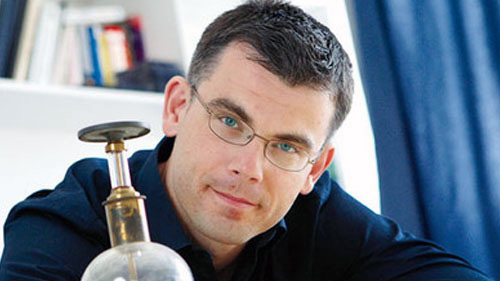 Universal genetic code as a key for understanding RNA-protein interactions

The relationship between mRNA and protein sequences as embodied in the universal genetic code is a cornerstone of modern-day molecular biology. In this presentation, I will provide evidence supporting a novel claim that the genetic code can actually be seen as a Rosetta stone for understanding RNA-protein interactions in general.

Conversely, I will defend a claim that RNA-protein interactions could have been an important driving force behind the origin of the genetic code. Specifically, we have recently revealed a robust, statistically significant matching between the composition of mRNA coding sequences and the nucleobase-binding preferences of their cognate protein sequences. For example, purine-density profiles of mRNA sequences mirror the guanine-affinity profiles of their cognate protein sequences with quantitative accuracy (median Pearson correlation coefficient |R| = 0.80 across the entire human proteome).

Overall, our results support as well as redefine the stereochemical hypothesis concerning the origin of the genetic code, the idea that it evolved from direct interactions between amino acids and the appropriate bases. Moreover, our findings support the possibility of direct, complementary, co-aligned interactions between mRNAs and their cognate proteins even in present-day cells, especially if both are unstructured, with implications extending to different facets of nucleic-acid/protein biology.

Professor Bojan Zagrovic is an Associate Professor in the Department of Structural and Computational Biology at the Max F. Perutz Laboratories (MFPL) & University of Vienna. He started work at the MFPL in 2010 as a junior group leader, studied biochemical sciences at Harvard University and biophysics at Stanford University. After his postdoctoral stay at the ETH Zürich, he led the Computational Biology group at the Mediterranean Institute for Life Sciences in Split, Croatia.

He has been awarded several renowned scientific awards and grants, among the most recent the Starting Independent Researcher Grant of the European Research Council and the START prize by the Austrian Science Fund (FWF).