Systems exhibiting geometrical frustration challenge contemporary condensed-matter physics both in terms of experimental and theoretical aspects due to the fact that they exhibit strange dynamical properties such as boson peak excitations, which strongly deviate from the standard Debye model predictions developed for crystalline solids.

Therefore, the quest for a self-consistent theory applicable for description of systems with lattice disorder is a fundamental issue. In this context, the understanding of the relationship between the geometry of the space and the appearance of unusual dynamical phenomena is of central importance. Despite the efforts put into investigation of vibrational excitations in disordered systems at low temperatures, the consensus about their physical origin if still lacking.

This project aims to improve the understanding of dynamical properties of disordered systems by fully exploiting the advantage of embedded paramagnetic centres through focusing on their relaxation behaviour, which bears the information about the local frustration of the environment.

The energy exchange within the spin system and between the spin system and the lattice will be detected by electron spin resonance spectroscopy (ESR) as a function of disorder in the vicinity of the paramagnetic centre. This we can control by preparing the host matrix in the glassy, supercooled or crystalline state. Therefore, we propose to investigate the specific molecular dynamics due to the presence of disorder in the system while switching the very same compound containing the very same paramagnetic centres from disordered to more ordered state, such as from glassy to crystalline state. Additionally, the microscopic picture of local disordered sites will be examined in other systems doped with paramagnetic centres such as various polymer matrices or hydrogen-bonded crystals.

The origin of local disorder will be correlated with the influence of different numbers of hydrogen bonds in the vicinity of paramagnetic site as well as with the degree of local spin frustration. We expect that this comparative study will enlighten the peculiarities of vibrational density of states of amorphous materials and contribute towards development of the unique model of low-temperature molecular dynamics of disordered systems in general. 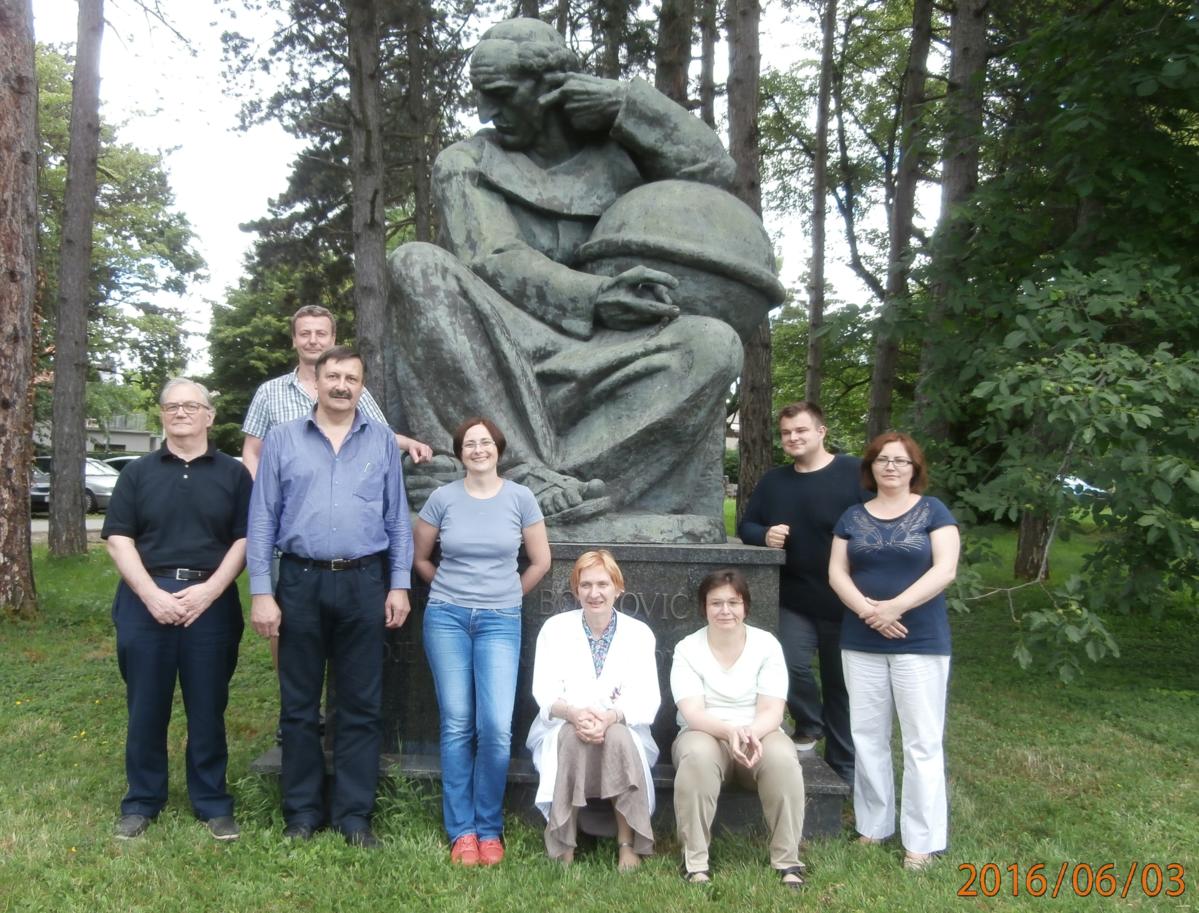